With God All Things Are Possible (2022) – Explained 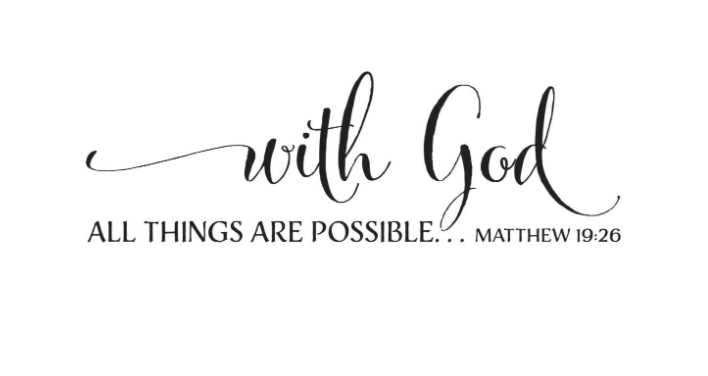 With God All Things Are Possible

God is immeasurable; you can’t quantify the extent of his powers. Life as we know it and all that is in it was created in six days. Yes, that complicated life form was created by God in six days with nothing more complex than just word of mouth – he formed the first man from clay, and gave him the breath of life, all in six days.

He reigns supreme over the heavens and the earth, mysterious is he and his ways, and that’s what makes him God – his ways aren’t ours. He reiterates this to us in Isaiah 55 vs. 8 – 9, but could there be a limit to his powers? Like, is there something he can not do? There should be a loophole, maybe?

Well, John 1 vs. 3 tells us that all was created through him and without him nothing was created, shows the extent of his power, and if you are still in doubt, the Bible also says, “all power in heaven and on earth have been given – unto him his son, Jesus“Matthew 28 vs. 18. For someone to bequeath all powers to his son, which doesn’t diminish the extent of his own powers, is there nothing too small for him to do? 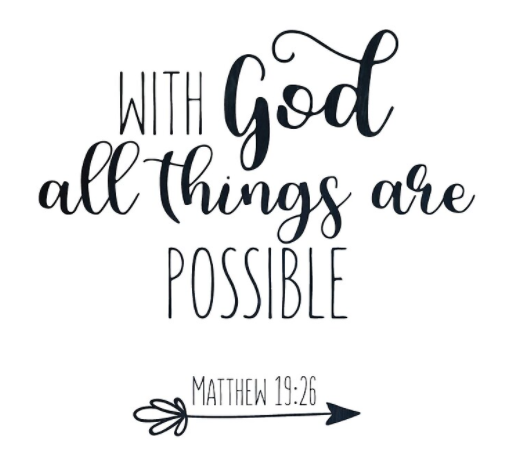 Omnipotent as he is known, there is no limit to the powers of God. Humans know this and reaffirm this fact to themselves in hymns, songs, praises, and worships. God’s name and identity are built around this very fact. We know that with the stroke of a hand, he can change and alter any situation at any moment he wishes.

Surely, you would have heard of cases that are deemed irreparable and irredeemable by the knowledge of man, even in Medical terms, where human knowledge fails, and they all await a more significant presence to step In – the God factor. Here, you would see even the top professionals who might not even be believers advise their clients to seek the presence of God, because they know with God all things are possible.

God declares this fact to himself endlessly throughout the scripture, as this is his very name. Jeremiah 32 vs. 27 is where he somewhat boasts of the extent of his powers. He does and says this when he is about to do something huge and significant amongst the people that are his. He says this whenever He wants them to see a new level of his power and awesomeness, or if he wants to show them in a way He has never dealt with before.

There are many situations that foot the bill and perfectly sum up and explain the phrase that with God all things are possible. These cases were beyond redemption, and even made the human subjects in the particular situation laugh at the idea themselves, but God was indeed glorified in the end.

Abraham and his wife, Sarah: Abraham and his wife were growing old, 100 years and 90 years of age, respectively, but had no child of their own Genesis 17 vs. 15 – 17. Sarah had reached menopause in biological and medical terms, and it would have been somewhat impossible for Abraham to impregnate a woman at his age.

Abraham himself laughed at the idea and began to question God, while Sarah also did later. I’m sure that somewhere within the conversation, God would have giggled at the doubt this human was displaying in his presence. God seems to make a mockery of what we humans accept as normal. Where we say there is no way forward, he wants to build a highway there.

Sarah later conceived and gave birth to a boy – Isaac Genesis 17 vs. 17 and any doubt Sarah might have had or their neighbors at that time were miraculously silenced. A miracle child at such old age, who can do such a thing?

The Birth of John the Baptist: In Luke 1 vs. 5 – 20, we can see how doubt, the thief of all blessings, was about to act on the blessing God was about to bestow on a Priest – Zechariah, for the birth of his son. Yes, even some of his own people still don’t know the extent of his powers.

It happened that Zechariah and his wife Elizabeth didn’t have a child of their own, and they were also growing old. One day, while he was going through his priestly duties, an angel of the Lord appeared unto him and informed him that his prayers had been answered and he would have a son. He was also informed of the destiny of this child, and the do’s and don’ts that surrounded his birth. Luke 1 vs. 13 – 17.

After hearing all the angel said, maybe he took a long hard look at himself and wondered, me? Do you mean me? that he blurted out his uncertainty and doubt about what the angel had said Luke 1 vs. 18. As punishment for doubting and his humanly thinking that the power of God was limited, and there were some things he could not do – such as give him and his wife a child in old age, he was made silent until the day the prophecies came true. Luke 1 vs. 20. Lucky Abraham, you say??. 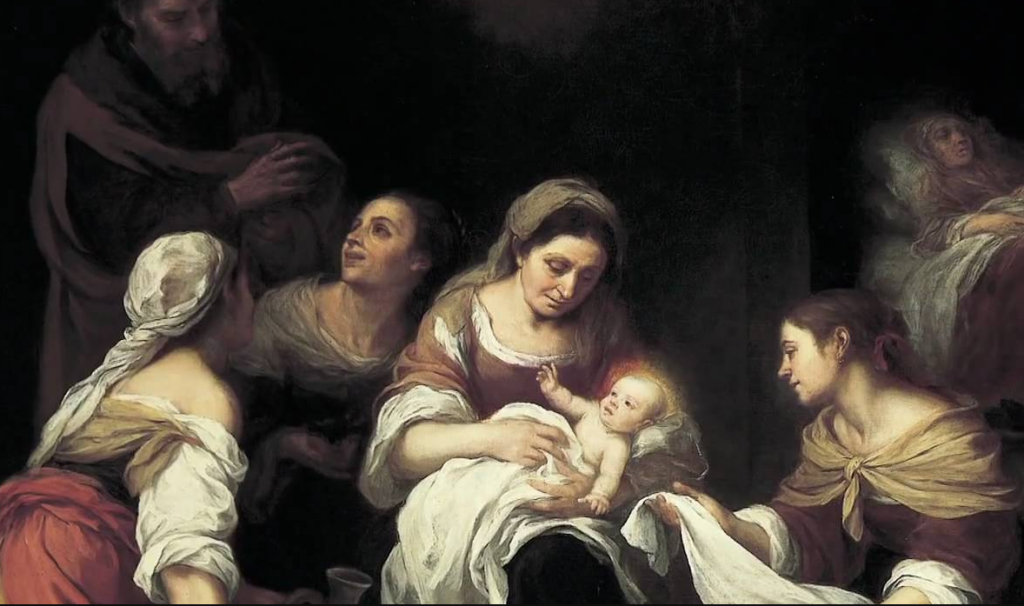 The efficacy and magnitude of God’s power are never in question, and it shouldn’t be. We shouldn’t be caught wondering if God is able to fix this, deliver that, or do what you asked as per your request – he’s not a pizza guy. He is able to do whatever we ask of him.

It’s not a matter of “can he do it?” It is a matter of “will he do it?”. God operates in another realm, one very different from ours – his timing might not be our time; his son knew this. While Jesus was praying in the garden of Gethsemane, on a night before his death on the cross, in his prayers, he admitted to knowing that God could take the cup from him, but it was a matter of his will – ” let thy will be done.”.

We shouldn’t fight it, but instead learn to surrender to his will as Jesus did. He knows what is best for us at a particular moment. His silence or our answered prayers doesn’t mean he can’t do what we asked; it’s because maybe our timing is wrong, or it’s not meant for us at that moment.

How do I know God has plans for me?

God is thorough – he knows the end from the beginning; he is called Alpha and Omega for a reason. Now, he said everything he created is beautiful, including you Ecclesiastes 3 vs. 11. He has got a plan for you right before you were conceived. Before your parents even met, He has had a plan for you Jeremiah 1 vs. 5 and Jeremiah 29 vs. 11.

All you need to do is live in him, because nothing exists outside of him. Avoid sin, and live and feed yourself with his word so that you can fulfill your destiny.

This Bible verse resonates with what we’ve been saying all along, that with God all things are possible with a little clause. In this popularly known verse, Jesus challenges a man’s sincerity, and the man blatantly fails by refusing to give his wealth away; he chose his wealth over God.

In summary, Jesus’ response was that Salvation is impossible with men, but not with God. We know that he sent his only begotten son to die for our sins. What can he not do?

This is God’s promise for our hope and future. A reassurance because he knows the troubles and trials we would face in life, and while those might be going on and he may seem distant from us, this verse would serve as the reassurance for the hope of a brighter future that is promised ahead for us. 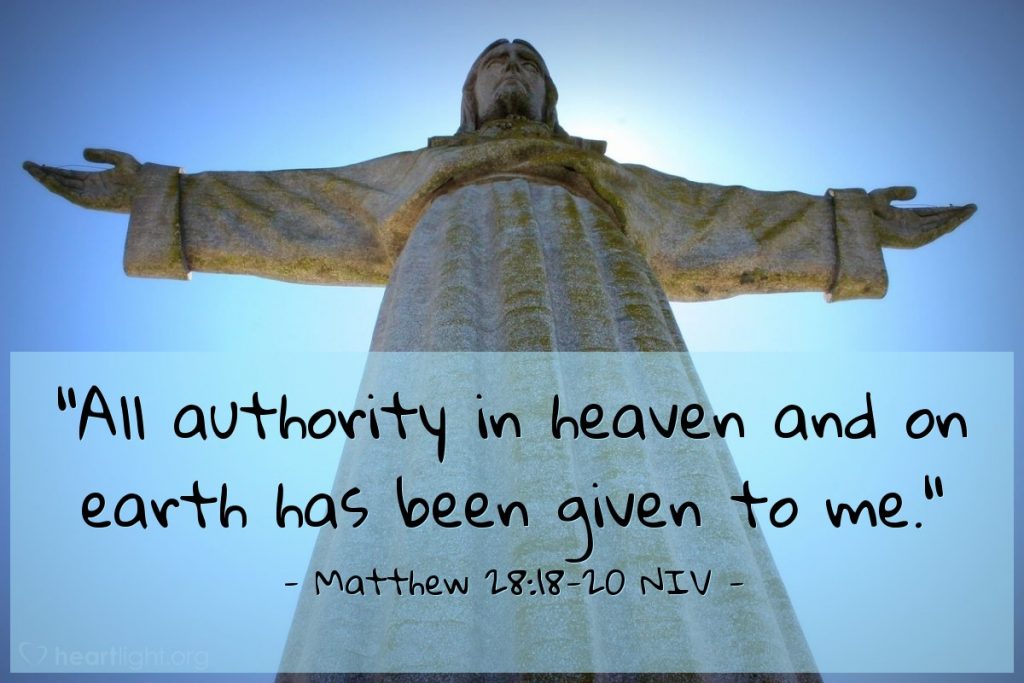 In Jeremiah 32 vs. 27, where this phrase “with God all things are possible” was originally mentioned, Israel, God’s own people, had really broken the last straw, and God had had enough of it. For their unfaithfulness, idolatry, and lack of faith in him, they were about to be sent into seventy years of captivity in the hands of the Babylonians.

God still loved them and wanted to teach them a lesson. He was always going to free them from their captivity and return them to their land, which he would help them restore. He said this as a reassurance to them, that he would always do this, always. He never forgets.

There is no situation beyond the redemption of the almighty, not even one. Even when all hopes are bleak, he knows, and he loves to redeem situations just like them. The Israelites can tell stories of his signs and wonders of his name from their journey in the wilderness – from splitting the red sea to water from the rock. They trusted God, and you should do the same.