Vexation of Spirit – The Meaning According to the Bible (Explained) 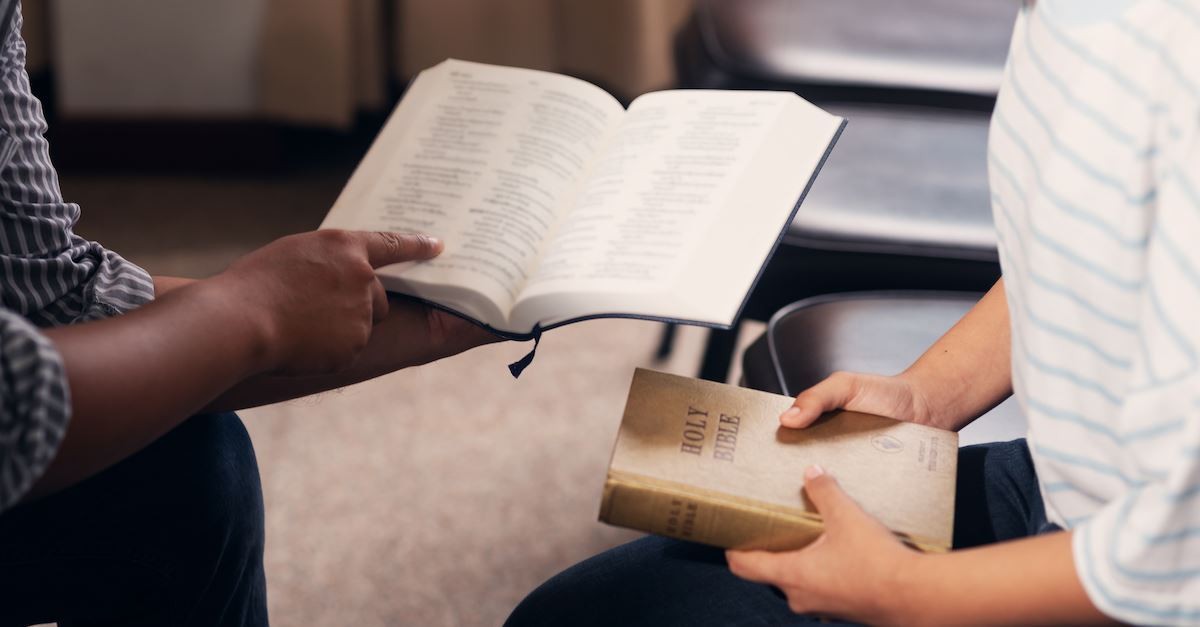 Daily as we as humans live out the rest of our lives, it’s all in a struggle or a chase to acquire something – jobs, health, jewelry, properties, all in all, wealth. The chase is so huge; we don’t care to pause for a second and rethink – do these things come at a price?. You have to give something in return – “quid pro quo,” i.e., something for something.

When events like these happen, we find ourselves straying further from the light that God has provided for us. Events like this are meant to aid us in backsliding from what God has said unto us, and for every deed done there is a punishment from God. What happens to us when there is a vexation of spirit?

What Is The Vexation of Spirit

Then, what is vexation of spirit? Bringing it down to terms that are very easy to understand, vexation of spirit is an act that suppresses the spiritual guidance that the Holy Spirit provides (Ecclesiastes 1 vs. 14). This act will, in turn, spark and push Christians to question their faith and may ultimately result in them straying far away from their faith in God which was given to them through Jesus Christ. 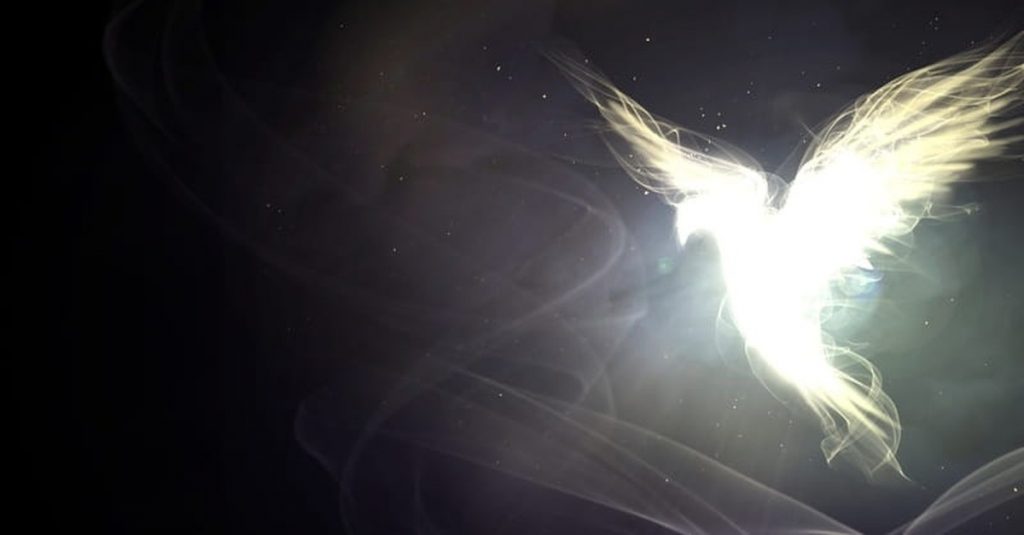 Why Should I Be Concerned?

Life would reach us all in different phases and times in the chase of these things, and we reach a compromise. Still, we might have to pay (Mathew 6 vs. 33) – some pay with their health, integrity, peace, soul, relationships, lives, or that of their loved ones, and many more, all of which are acts of the vexation of spirit. Despite paying these hefty prices, can we have it all? After all, isn’t it just a little price to pay to acquire the things of the world to make our lives better? Or wait, did anybody ever have it all in the bible? What price did they pay? What was their ultimate end?

Let’s explore and take this journey together.

Let us examine the life of a man in the bible; he lived a life that pleased God. He praised and knew how to worship God to the extent that God gave him a blank cheque – what do you want me to do for you? He asked for wisdom, and it was given to him. It is important to know that this particular man was a king – a king has it all; now imagine adding wisdom to the mix. He was sought after by various kings and kingdoms who all came bearing gifts just to hear him speak. Who was the King? Solomon (1st Kings 3 vs. 1 – 15).

After Solomon supposedly had it all, he began lusting after things that would eventually draw him far from God and ruin the relationship they had. What was that he lusted after? Women from foreign Lands that were going against Gods (Deuteronomy 7 vs. 3 – 4). And as forewarned in this verse of the bible, they succeeded in turning his eyes and mind away from God through disobedience against one of the commandments of God – worship of idols (Exodus 20 vs. 4).

Suppressing the spiritual guidance of God which he had laid down for his fathers, Solomon’s vexation of spirit was severely punished, and was only shown a little mercy because of his father David – the kingdom wasn’t divided in his lifetime, but by his sons. 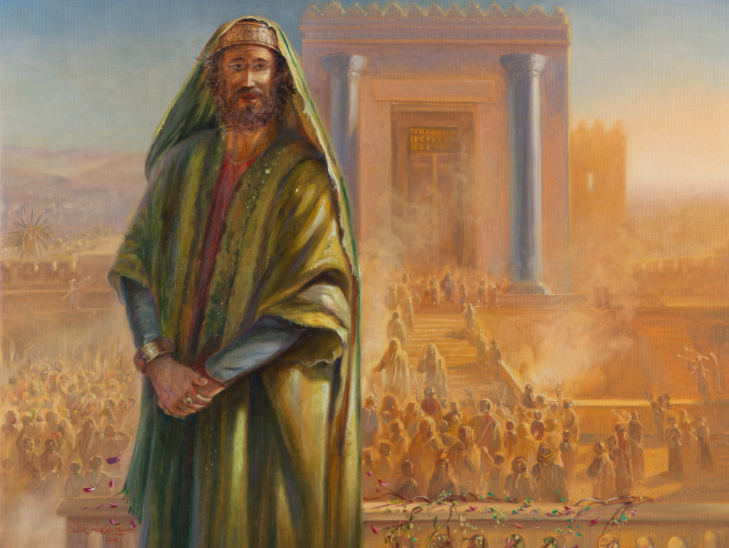 Our Case As Humans

In our pursuit of life as humans, while trying to get that career leap, that dream house, and car, or that vacation we have always desired and many more, the road which we all know is long and full of bumps, we tend always to want to cut corners and achieve the aim quicker and faster than the process.

Vexation of spirit can occur to us as individuals in different forms, a niggly feeling pushing you to add a couple of zeros to the office budget at work, cutting costs on a project budget just for the filling of our own pockets, and other various forms. Usually the things that spark this behavior and utter disregard for the rules of God are many. It could be persecution, mockery, trauma, sin, and many more, which can cause spiritual or physical harm to a believer.

These all end up with the ultimate aim to shake believers and fault them from their steadfastness with God, and as a result of our utter disobedience, the consequences of our actions beings to manifest – restlessness, weariness, dissatisfaction are part of the numerous fruits that vexation of spirit bears.

After all was said and done, Solomon realized that all was in vanity. Life is fleeting, and everything would amount to nothing all in the end – we came with nothing and shall return with nothing. In our attempts to get it all, we give in to temptations and unlock dissatisfaction, as nothing can satisfy the human’s wants – insatiable they are.

What Does It Mean To Vex Your Soul?

Let’s take an example of a calm and silent pond, with little or no disturbance that allows other life forms to thrive – that is, a calm and peaceful soul. Then this peace is disturbed by the sudden lunge of a bag full of trash into it. Filled with impurities, it troubles the face of the water as it becomes turbulent and filled with impurities. That is what it feels like to vex a soul.

Giving in to sin and temptations can disturb the peace of one’s life and self-esteem in turn. Engaging in such activity or activities is an attempt in the vexation of spirit that we received when we all gave our life to Christ and became born again – the holy spirit as explained by the curse given to failure in keeping God’s word (Deuteronomy 28)

What Does It Mean To Be Quickened By The Spirit?

To quicken means to boost an object from a weakened state – to resuscitate. Before the spirit quickens a soul, the soul in question was in need of a boost.

So, to be quickened by the spirit is when you believe in Jesus and his resurrecting power, and your belief in Him quickens your spirit. He gives the weary inner man who had been weakened by sin and stress of the world renewed energy to face the world and to do that which pleases the Lord.

A seeker on a quest to attach meaning and find the purpose to life, who was blessed with wisdom after he did what was pleasing in the eyes of God wrote Ecclesiastes 1 vs. 14. Who though? King Solomon himself. 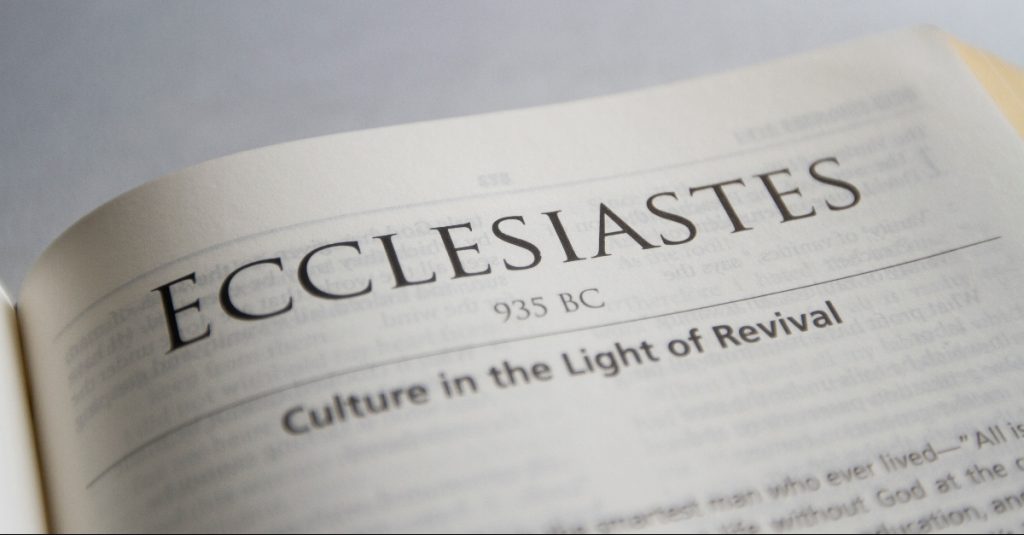 As Christians, all we should aim for is to maintain our steadfastness and give what is God’s unto him – we should shun all the temptations of the world wholeheartedly with the word of God in our mind. If we falter and find ourselves sleeping, we should never forget that there is an assurance for us in (Mathew 6 vs. 33), and if we are admonishing and inspiring another person in the faith or otherwise, we can bring them closer with what was said in (Mark 8 vs. 36).