The Rocks Will Cry Out: When You Can’t Not Praise God 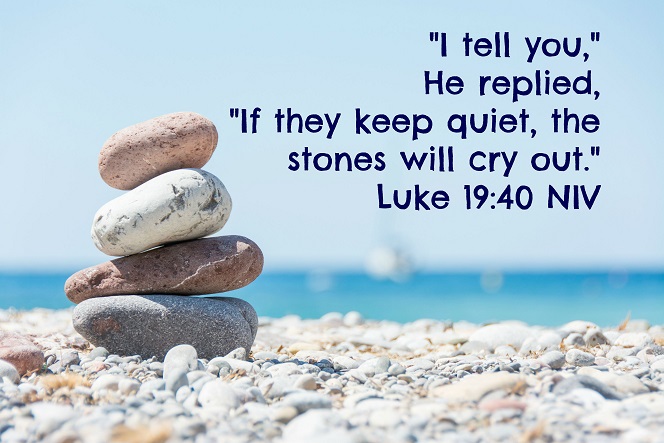 In life we encounter many situations where praising God is the only option. It’s the only thing we think about when we enter both positive and negative situations. Perhaps you’ve been faced with this as well.

Maybe you get a promotion at work and you’re overcome by this wonderful feeling that the Lord had something to do with it.

Or maybe you’ve experienced loss. Maybe you’ve lost a loved one or been asking God to show you a sign that now is the right time to leave your marriage and move on because you’re unhappy.

At these times, it’s important to notice God, understand what He is trying to communicate to you, and operate according to His will.

In Luke 19:40, there’s a specific phrase that touches on this feeling of overwhelming praise for God. The verse says,

“I tell you,” he replied, “if they keep quiet, the stones will cry out.”

It gives me goosebumps just thinking about it.

This is God telling us it’s important for us to acknowledge His presence. In some situations, He makes his presence obvious, but in others, not so much.

Let’s break down the scripture in Luke 19 leading up to that point to help you understand what this phrase means.

1 Jesus entered Jericho and was passing through.

2 A man was there by the name of Zacchaeus; he was a chief tax collector and was wealthy.

3 He wanted to see who Jesus was, but because he was short he could not see over the crowd.

4 So he ran ahead and climbed a sycamore-fig tree to see him, since Jesus was coming that way.

5 When Jesus reached the spot, he looked up and said to him, “Zacchaeus, come down immediately. I must stay at your house today.”

6 So he came down at once and welcomed him gladly.

In this portion of the scripture, Jesus is on his way to the ancient and very important city of Jericho. As he passes through the city he wants to meet with Zacchaeus.

Zacchaeus already has a poor reputation in the community for being the chief tax collector but not only that. He also participated in something called “tax farming” which means he would charge extra to try and profit off the collection of taxes.

Zacchaeus wanted to see Jesus not because he didn’t believe in His existence but because he heard that Jesus accepted people of all kinds. Zacchaeus longed to be accepted because he couldn’t find peace within his community.

Because he was short, he climbed a tree to see Jesus in the distance. He did so even though he could face ridicule. Once the two lock eyes, Jesus prompts him to come down and tells him that he is going to stay at his house. 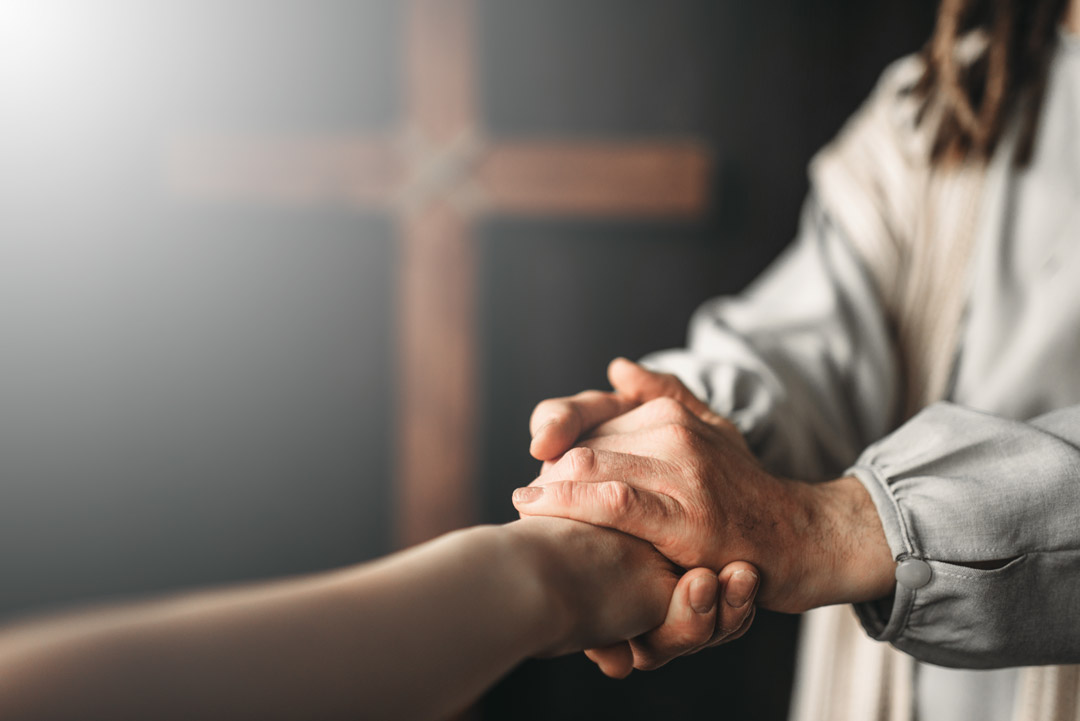 He didn’t want to preach or convert, instead, He wanted to build a strong relationship with Zacchaeus because He knew that’s what he needed.

7 All the people saw this and began to mutter, “He has gone to be the guest of a sinner.”

8 But Zacchaeus stood up and said to the Lord, “Look, Lord! Here and now I give half of my possessions to the poor, and if I have cheated anybody out of anything, I will pay back four times the amount.”

9 Jesus said to him, “Today salvation has come to this house, because this man, too, is a son of Abraham.

10 For the Son of Man came to seek and to save the lost.”

The people see that Jesus is associating himself with this bad man so they begin to protest. But, Zacchaeus says he will pay back anyone he has cheated or wronged four times as much as he wronged them. He knew he must make restitution after spending a little time with Jesus.

In him doing this, Jesus knew that Zacchaeus was walking away from a life of sin toward a life of salvation and the people saw this as well.

In Luke 18:24-27, Jesus said that it was impossible for a rich man to enter into heaven; but it is possible with God.

This is a fulfillment of that promise. Zacchaeus became a joyful giver, thus showing God’s impossible work in him, but the young ruler went away sorry, holding on to his riches.

Jesus says that Zacchaeus is also a son of Abraham and he wanted everyone to know that. When someone falls into a rabbit hole and starts to behave a certain way, it’s easy for people to question that person’s “worth.”

Jesus wanted to make sure everyone knew Zacchaeus was one of them.

28 After Jesus had said this, he went on ahead, going up to Jerusalem.

29 As he approached Bethphage and Bethany at the hill called the Mount of Olives, he sent two of his disciples, saying to them,

30 “Go to the village ahead of you, and as you enter it, you will find a colt tied there, which no one has ever ridden. Untie it and bring it here.

32 Those who were sent ahead went and found it just as he had told them. 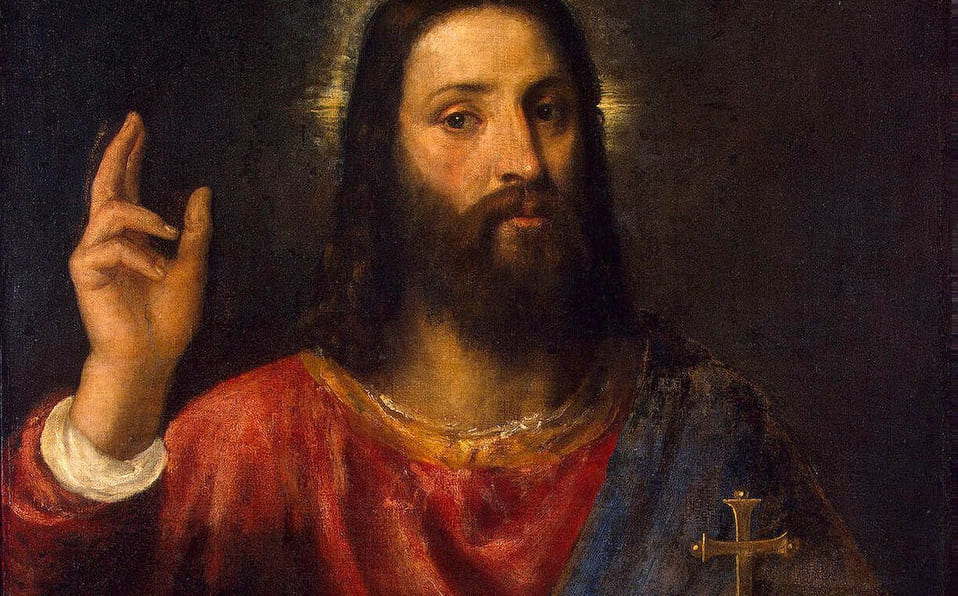 Prior to this, Jesus says “bring here those enemies of mine, who did not want me to reign over them, and slay them before me.”

He is saying those who completely deny Jesus, must be executed because following the life of Christ is a life-or-death decision.

Immediately when this happens, those very people who did not believe in the power of Jesus, had a sudden change of heart.

This is now the last week before crucifixion and He carefully sent His disciples to make arrangements before He arrived. They state there is a colt no one has ever ridden and for Jesus to ride it as a sign of royalty.

35 They brought it to Jesus, threw their cloaks on the colt, and put Jesus on it.

36 As he went along, people spread their cloaks on the road.

37 When he came near the place where the road goes down the Mount of Olives, the whole crowd of disciples began joyfully to praise God in loud voices for all the miracles they had seen:

38 “Blessed is the king who comes in the name of the Lord!” “Peace in heaven and glory in the highest!”

39 Some of the Pharisees in the crowd said to Jesus, “Teacher, rebuke your disciples!”

Everyone honored Jesus by throwing their own clothes on the colt and spreading them on the road. As they made their way toward Mount Olive, everyone said “Blessed is the King who comes in the name of the LORD!”

This praise made Jesus’ enemies uncomfortable and even angry. The Pharisees in the midst of the situation felt the shift of power to Jesus, which spurned their anger. When people worship Jesus, Satan loses power.

“I tell you that if these should keep silent, the stones would immediately cry out.” The rocks will cry out? What are they saying here?

Jesus is saying, everyone on this day praised Me. No matter what, everyone will praise Me today. And even if those who harbor hatred towards Jesus choose not to praise Him, the rocks will cry out to fill the void.