Who is St Timothy – The Life of Timothy Explained (Summary) 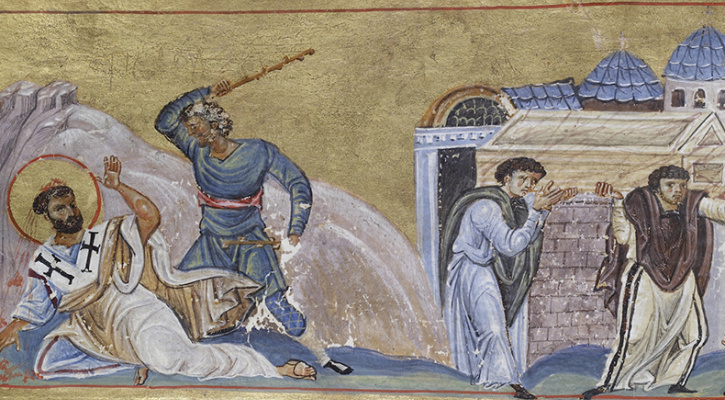 Who is St Timothy – The Life of Timothy

One of the exceptional young ministers that the Bible talks about is Timothy. If you read Paul’s letters, you will discover that Paul references Timothy quite often. In fact, two books in the Bible were written as letters from Paul to Timothy (1st and 2nd Timothy).

According to what we read in the scriptures, as well as what Bible scholars opined, Timothy was one of the young men of his age who served God wholeheartedly. In addition, he provided Paul’s ministry with great support, and the relationship between him and Paul was more of a Father-son connection.

The Early Life of St. Timothy

Timothy is a Greek name that means honored by God. He was one of the first Christian evangelists, also doubling as the first-ever Christian bishop in Ephesus. Timothy hailed from Lystra in Lycaonia.

Timothy’s first point of contact with Paul was when the latter came to preach the word with Barnabas at Lystra. This was where Paul healed someone who was crippled from birth by the power of the Holy Ghost. At Lystra, other miracles were wrought, which made many residents accept the life of Christ.

After some years, Paul returned to Lystra with Silas, and Timothy had grown to become one of the most relevant members of the Christian community. Also, his mother Eunice, and grandmother, Lois, were devoted members of the church in Lystra, and they were known for their faith walk. 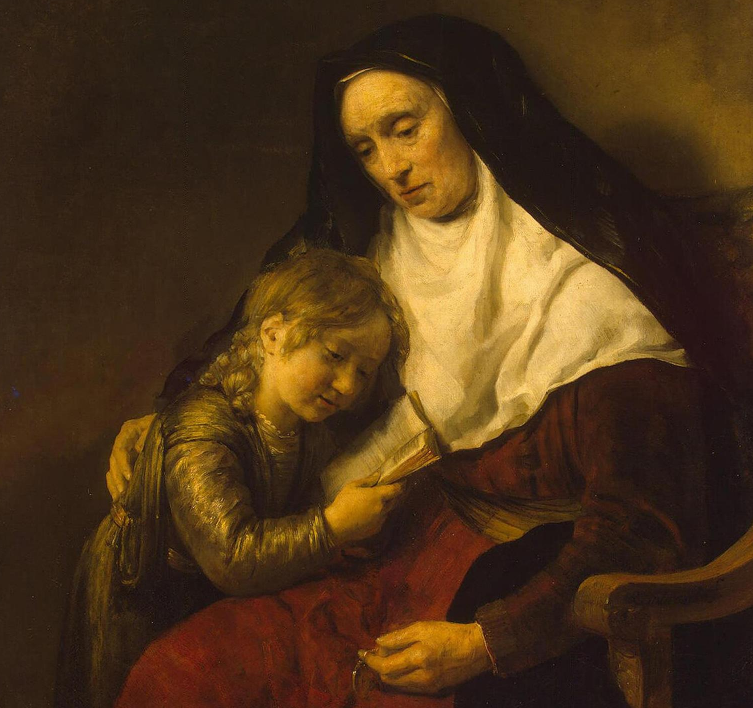 I am reminded of your sincere faith, a faith that dwelt first in your grandmother Lois and your mother Eunice, and now, I am sure, dwells in you as well.

When Timothy met Paul, he was not circumcised because his father was a Greek Gentile. Therefore, when Timothy and Paul were to begin a certain ministerial tour, Paul had Timothy circumcised so that the Jews would accept him.

Paul wanted Timothy to accompany him, and he took him and circumcised him because of the Jews who were in those places, for they all knew that his father was a Greek.

Important Highlights about the Life and Ministry of Timothy

Whenever the issue of drinking alcohol comes up in Christian conversations, people who support the motion refer to 1 Timothy 5:23, where Paul advised Timothy to take wine.

No longer drink only water, but use a little wine for the sake of your stomach and your frequent ailments.

In Paul’s first letter to Timothy, he told him to drink wine, alongside water, because of his stomach problems and regular illness. Despite Timothy’s unstable health, he was not deterred from serving God and being dedicated to the ministry wherein he was called. 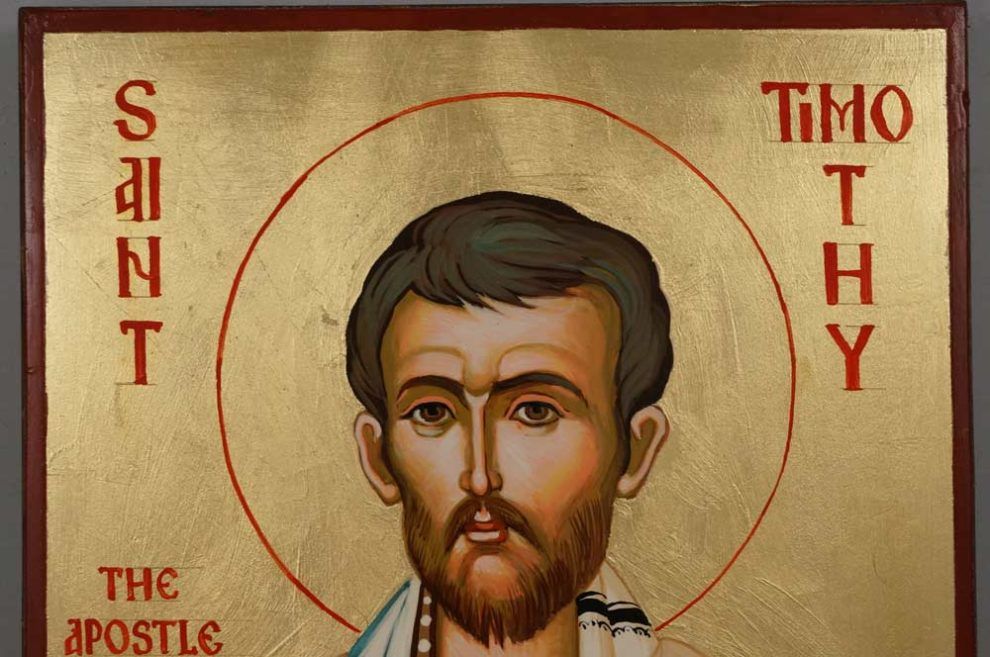 Timothy was a reserved individual

There are indications that Timothy was naturally reserved, and may have been nervous. Hence, in Paul’s first letter to the Corinthians, he advised them to make Timothy feel at home and comfortable, because he was there on the Lord’s assignment.

When Timothy comes, see that you put him at ease among you, for he is doing the work of the Lord, as I am. So let no one despise him. Help him on his way in peace, that he may return to me, for I am expecting him with the brothers.

According to the scriptures, little was said about Timothy’s father, other than he was a Greek. Rather, more light is shed on his mother, Eunice, and grandmother, Lois, who had a pivotal role to play in bringing Timothy up in the way of the Lord.

I am reminded of your sincere faith, a faith that dwelt first in your grandmother Lois and your mother Eunice, and now, I am sure, dwells in you as well.

Since Timothy’s natural father did not impact him spiritually, it is only normal that he unofficially adopted Paul as his spiritual father.

He drew close to Paul, and proved himself to be a worthy asset in life and ministry. This is why Paul entrusted Timothy with some critical assignments, because of his dedication and obedience.

I hope in the Lord Jesus to send Timothy to you soon so that I too may be cheered by news of you. For I have no one like him who will be genuinely concerned for your welfare. For they all seek their interests, not those of Jesus Christ. But you know Timothy’s proven worth, how as a son with a father, he has served with me in the gospel.

He was warned to be careful of temptation

The type of temptation Paul advised Timothy about was faith-related. At that time, some teachings did not align with the gospel of Christ and salvation. Paul was concerned about this, and he advised Timothy to be on his guard.

O Timothy, guard the deposit entrusted to you. Avoid the irreverent babble and contradictions of what is falsely called “knowledge,” for by professing it, some have swerved from the faith. Grace be with you.

Paul instructed Timothy to be careful about different faith-related conversations to avoid swerving from the original faith. In his second letter to Timothy, Paul advised him not to be ashamed of the gospel of Jesus Christ.

Timothy was a committed member of Paul’s missionary team

Alongside Silas, Timothy was the third companion in the missionary team headed by Paul. The three of them traveled from one city to another, preaching the gospel and meeting with Christian communities in each city.

Paul wanted Timothy to accompany him, and he took him and circumcised him because of the Jews who were in those places, for they all knew that his father was a Greek.

As they went on their way through the cities, they delivered to them for observance the decisions that had been reached by the apostles and elders who were in Jerusalem. So, the churches were strengthened in the faith, and they increased in number daily.

Timothy was advised to study more instead of engaging in ungodly conversations.

Paul reiterated to Timothy the need to spend more time devoted to the word, so that he would be presentable and approved in God’s sight.

Do your best to present yourself to God as one approved, a worker who has no need to be ashamed, rightly handling the word of truth.

But avoid irreverent babble, for it will lead people into more and more ungodliness, and their talk will spread like gangrene. Among them are Hymenaeus and Philetus, who have swerved from the truth, saying that the resurrection has already happened. They are upsetting the faith of some.

Paul was glad to have Timothy by his side, because he had proven to be faithful in all things. Therefore, he entrusted Timothy with more assignments because he was certain that the young man would deliver.

But you know Timothy’s proven worth, how as a son with a father, he has served with me in the gospel. I hope, therefore, to send him just as soon as I see how it will go with me, and I trust in the Lord that shortly I myself will come also.

How did St. Timothy die?

The Bible does not give an account of how Timothy died. However, according to the Acts of Timothy from the New Testament Apocrypha, Timothy, who was 80 years old at the time, was beaten and stoned to death.

Apparently, he disrupted an ongoing procession that was held to honor Diana, the goddess in Ephesus. This action irked the pagans, who dragged him across the streets while beating him, then finally stoning him to death.

The life and ministry of St. Timothy are worthy of emulation. In a time when young people are reluctant to do the ministry work, Timothy is a good case study whose life is a source of inspiration.

There was no account in the scriptures where Timothy tried to exalt himself or become a standalone evangelist. He was comfortable with the subservient role in Paul’s ministerial team, and was ready to serve until his last days.