Reincarnation In the Bible: This Is What the Bible Says (Must Read) 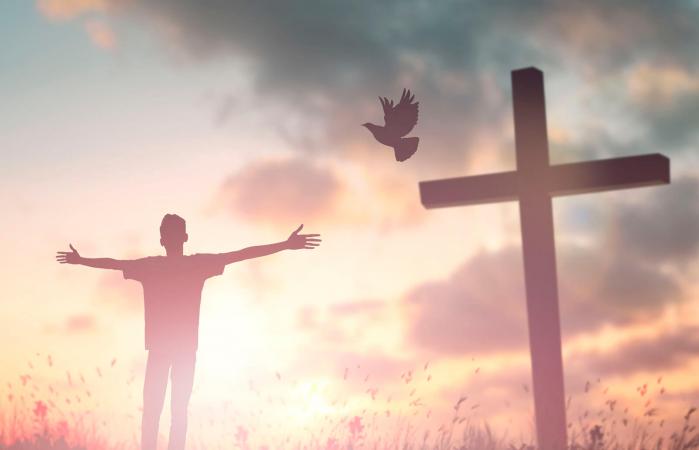 We’ve all had one of those moments where we feel like we’ve been in a situation before. Some people call it deja vu and think it’s just a feeling while others believe it’s because you faced a similar scenario in a past life. Regardless of what you believe, reincarnation in the Bible is a heavily debated topic.

As Christians, reincarnation violates a lot of the truths that are part of our faith. We believe that we go to heaven when we die if we follow a life that glorifies Christ. If reincarnation was true, there wouldn’t be a reason for Jesus to die on the cross for our sins.

If you’re unsure about reincarnation and how it relates to our faith, the goal of this article is to clear things up for you. By the end of the article, you should have a firm understanding of these contrasting views so you can have greater confidence in your own beliefs.

Is Reincarnation Mentioned in the Bible? 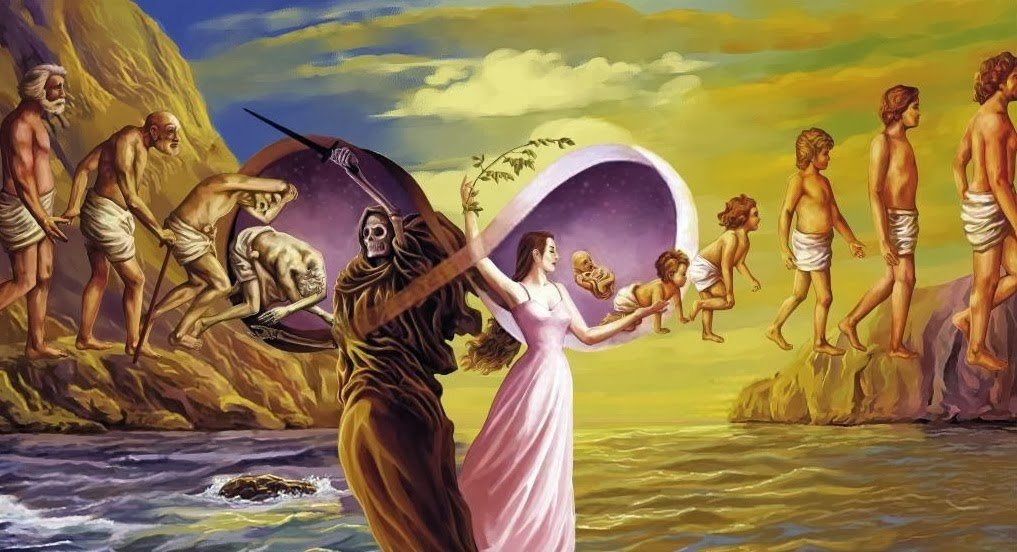 At the time the Bible was written, there were likely many instances where Biblical scholars came in contact with people who believed in reincarnation. As a result, there are cases where the Bible speaks against beliefs in a “new life” or anything involving a person having a place here on Earth after death.

And just as it is appointed for man to die once, and after that comes judgment.

This verse basically sums it up without saying much. A man dies once and after that he faces judgment; it’s as simple as that.

The biggest issue Christians have with reincarnation is that we don’t believe you come back to this world after death. After we die, it is time for us to face judgment before the Lord. There isn’t any reason for us to believe we would come back to Earth for any specific purpose.

But a man dies and is laid low; man breathes his last, and where is he? As waters fall from a lake and a river wastes away and dries up, so a man lies down and rises not again; till the heavens are no more he will not awake or be roused out of his sleep.

The book of Job also makes this very clear for us in saying that we die and do not rise again. Once we take our last breath, that is it. We will never be woken up or roused from our sleep.

The thought of reincarnation makes us believe that our spiritual being will move from one body to another but these verses say otherwise. They’re speaking of our physical body and the fact that it will never awake again.

This is another simple but powerful verse that really sums it up. When we die, our physical body returns to the Earth and our spiritual being returns to God who gave us a spirit.

There is nothing more. There are no second chances, no rebirths, no tiered structure based on how you lived your life. We live, die, and return to the Lord; that’s it.

Here is a verse that keeps the explanation simple by telling us if we follow the path of grace and walk in the Lord’s footsteps, we will walk into eternal life. If we don’t, we’ll enter into eternal punishment.

I think by this point we’ve seen enough instances where the Bible makes it clear that reincarnation is not taught in the scripture.

What Does Reincarnation Mean in Christianity?

While the word “reincarnation” doesn’t have a meaning in Christianity, it’s important that we don’t confuse reincarnation with rebirth or reborn. This is a commonly used phrase to describe someone who has undergone a spiritual cleansing or baptism.

Depending on the denomination you follow, a part of your faith will include baptism which is said to cleanse you from your original sin and bathe you into a new life. Once you undergo baptism, you are born again into your new life with Jesus Christ.

Some people may confuse this with reincarnation but it’s important to understand they are two very different things.

When we’re born, we’re born with original sin as taught in the book of Genesis and the story of Adam and Eve. Because of that, we’re all born with sin until our sins are washed away through the act of baptism.

Certain denominations such as Catholic and Lutheran believe that you should be baptized at birth, while others believe you can only be baptized when you’re old enough to verbally commit to a life with Christ.

You might have heard baptism referred to as being “born again.” At this time, we’re leaving our original life of sin and entering into eternal life with Christ, which begins on Earth and continues in heaven.

During our time on Earth, it becomes our responsibility as a born again Christian to serve the Lord, believe in Him with all our hearts, confess our sins, and spread the word of Jesus to others.

Who Is the Reincarnation of God?

Incarnation is something we hear a lot and it refers to the fact that Jesus Christ is the second piece of the Holy Trinity. God the Father, Jesus Christ the Son, and the Holy Spirit. Jesus was made by flesh and came from the womb of a woman so it is believed that Jesus is incarnate of the Virgin Mary and is the only begotten son of God.

So, in a way, Jesus Christ could be seen as the reincarnation of God but we wouldn’t exactly say that is 100% correct.

“You shall not make for yourself a carved image, or any likeness of anything that is in heaven above, or that is in the earth beneath, or that is in the water under the earth. You shall not bow down to them or serve them, for I the Lord your God am a jealous God, visiting the iniquity of the fathers on the children to the third and the fourth generation of those who hate me, but showing steadfast love to thousands of those who love me and keep my commandments.

Always remember one of the most heinous of sins we can commit is that of idolatry. God tells us that we cannot recreate anyone in His image and that He is the only god. We should not worship things on Earth in the same way we worship Him. God is Lord and we are His children.

There have been and will be many people who claim to be the son of God and worthy of our praise but there is only one God.

What Religion Believes in Reincarnation?

The primary religions that come to mind when we think of reincarnation are Hinduism and Buddhism. They all hold the doctrine of karma which means that your experiences and actions in your present life will determine who you become in your next life.

For example, if you’re a rich person who causes a lot of harm to others rather than using your money for good, you may return in the next life as someone who is very poor and encounters many struggles. The only way to end this cycle is with “moksha” which is a release of your eternal core through your body. When this happens you reach something called “brahman” or absolute reality.

Many of these religions also believe in the power of enlightenment and nirvana. They believe that a major part of reaching the state of moksha requires complete focus, dedication, and spiritual guidance.

That’s the reason why many of these religions focus on meditation and spirituality rather than acts of worship like Christianity. It is believed that anyone can reach enlightenment and there are no barriers of entry. You simply must devote yourself to the act of seeking spiritual guidance.

One interesting side note that comes to mind as we go through this is the thought of purgatory. Many denominations deny the existence of purgatory but Roman Catholics still believe that it is an intermediate zone that we enter before heaven.

If there is something that we need to be cleansed of before we can proceed to eternal life, it happens in purgatory. This is similar to reincarnation in that it is another stage after death, but unlike reincarnation, purgatory results in either a passage to heaven or hell, rather than life on Earth in a new body.

The Bible offers plenty of answers regarding what happens to us after we die. While reincarnation may sometimes be confused with Christian beliefs, scriptures show us there is a clear difference between the two. Based on what we know about Christiantiy and what the Bible tells us, there’s really no room for this belief system in our religion.

The closest thing we’ll get to reincarnation is being born-again through baptism but we’re still walking towards the ultimate goal of eternal life with Christ.