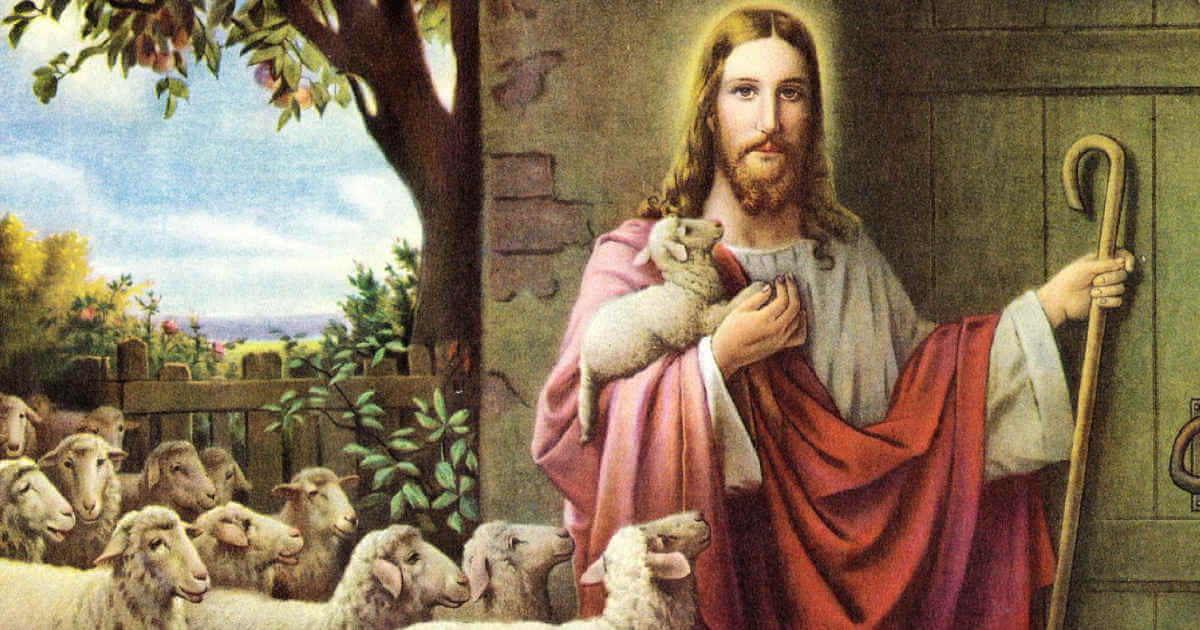 Pictures of God have created a lot of controversy throughout the ages. While there are many depictions of God and Jesus in print and other mediums, we don’t know for sure if any of them are an accurate portrayal.

Though we may never know for certain what God looks like, we can discuss early pictures of God, the origin of these pictures, and some of the meaning behind them.

Are There Pictures of God? 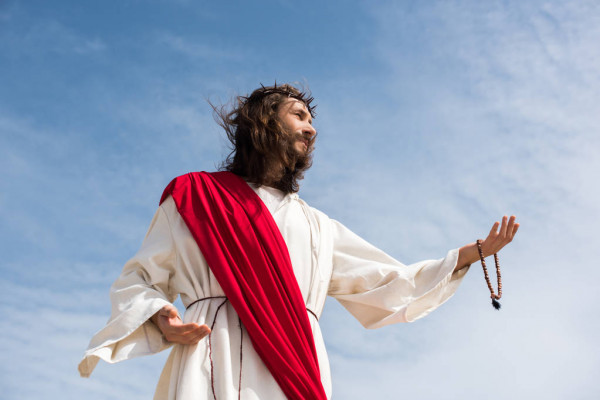 The concept of a picture of God is an interesting one and one that is regularly discussed in the Christian community. Why are there no definitive pictures of God? What does He look like? And why can’t we put a face on God?

“You shall not make for yourself a carved image, or any likeness of anything that is in heaven above, or that is in the earth beneath, or that is in the water under the earth. You shall not bow down to them or serve them, for I the Lord your God am a jealous God, visiting the iniquity of the fathers on the children to the third and the fourth generation of those who hate me, but showing steadfast love to thousands of those who love me and keep my commandments.” – Exodus 20:4-6

This verse from Exodus sends a clear message, but it still may leave some wondering why we can’t have visual aids to help us relate to God and understand more about Him?

Why is God so opposed to this?

The scriptures say God deserves our respect, love, and obedience. But, according to the scriptures, God never prompted anyone to paint, draw, or sculpt a likeness of Him. So every depiction is a mere portrayal of what humans think God and Jesus looked like. 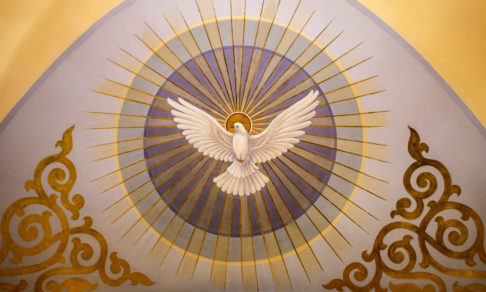 As we dive deeper into the scripture we begin to realize there is much more to the Holy Spirit than we understand.

This is a living, breathing, being but there is a lot of mystery that surrounds the Holy Spirit because the spirit removes attention from itself and instead places it on Jesus and God the Father.

“For prophecy never had its origin in the human will, but prophets, though human, spoke from God as they were carried along by the Holy Spirit.” – 2 Peter 1:21

This verse tells us that scripture was inspired through the Holy Spirit but we’re never given a name or an identity to describe this spirit.

However we do have instances where the Holy Spirit’s presence is described, such as the following description in Acts involving Jesus’ disciples.

“On the day of Pentecost all the believers were meeting together in one place. Suddenly, there was a sound from heaven like the roaring of a mighty windstorm, and it filled the house where they were sitting. Then, what looked like flames or tongues of fire appeared and settled on each of them. And everyone present was filled with the Holy Spirit and began speaking in other languages, as the Holy Spirit gave them this ability.”– Acts 2:1-4

“…and the Holy Spirit, in bodily form, descended on him like a dove. And a voice from heaven said, “You are my dearly loved Son, and you bring me great joy.” – Luke 3:22

Here again, we see the reference to the dove but it does say “like a dove.” So it still appears to be a metaphor for the way in which the Holy Spirit appears or moves.

If we look at the Old Testament in Ezekiel we see something completely different.

“It came about in the sixth year, on the fifth day of the sixth month, as I was sitting in my house with the elders of Judah sitting before me, that the hand of the Lord God fell on me there. Then I looked, and behold, a likeness as the appearance of a man; from His loins and downward there was the appearance of fire, and from His loins and upward the appearance of brightness, like the appearance of glowing metal. He stretched out the form of a hand and caught me by a lock of my head; and the Spirit lifted me up between earth and heaven and brought me in the visions of God to Jerusalem, to the entrance of the north gate of the inner court, where the seat of the idol of jealousy, which provokes to jealousy, was located. And behold, the glory of the God of Israel was there, like the appearance which I saw in the plain.” – Ezekiel 8:1-4

In this verse we see something described as “the hand of the Lord” falling upon Ezekial. He goes on to describe the form as a “Spirit” having the appearance of a man but also the appearance of fire. Could this be the Holy Spirit? We have no way of knowing for sure.

Who Created Pictures of God and Jesus? 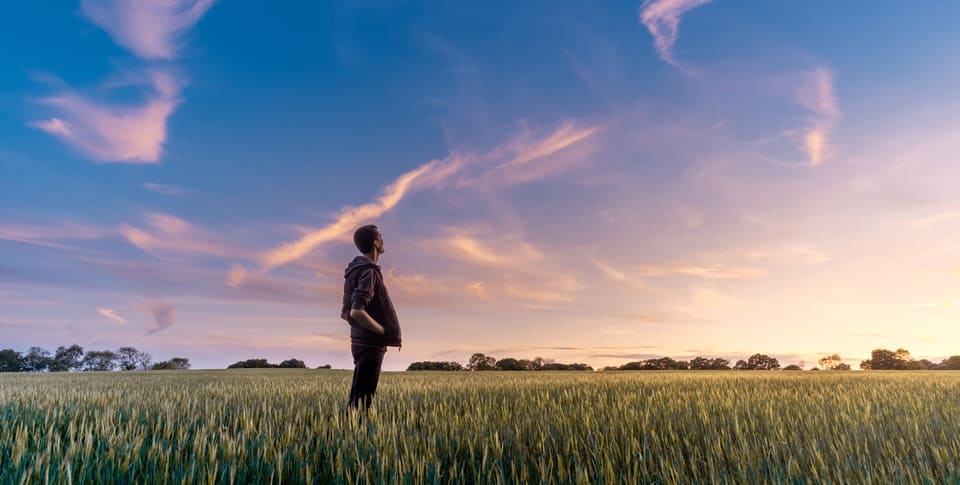 There is one prominent description of Jesus and while it has caused a lot of controversy recently, it is how we primarily view Him to this day. The original image is a bearded man with long hair.

This image came to be at around 300 AD but it wasn’t accepted by Christian culture until around the 6th century. Jesus could be distinguished from man with the cruciform halo around his head.

Pictures of Jesus show ethnic characteristics from the culture in which the image was created. Although many people believe that Jesus was of middle-eastern descent, the pictures do not reflect that.

Many of the original images of Jesus were carved in stone and date back to the 1st and 3rd centuries.

The oldest picture to date is an engraving of a donkey crucified on wood. It was meant to mock the Christian community by saying its followers behaved and worshipped like donkeys.

During the Acts of the Apostles, it’s said that Jesus manifested as a light from heaven that blinded the Apostle Paul but there is little to no information regarding His form.

The book of Revelation talks about the son of man dressed in a robe and golden sash with eyes of blazing fire.

A 20th century depiction of Jesus by a man named Warner Sallman changed the way we pictured Jesus forever. For the past 128+ years, Jesus has been depicted as a brown haired caucasian male with shoulder length wavy hair and a neatly trimmed beard.

God is seen as an eternal entity. He is something that is, was, and forever will be in existence. There is simply no way to portray that kind of entity in picture form.

As a result, no one has created pictures of God. And if you’re trying to find an accurate picture of Jesus, there’s not much luck there either. Without a physical photo or clear description from scripture, there is no way of knowing if the images are accurate or not.

How Does Jesus Appear to Us? 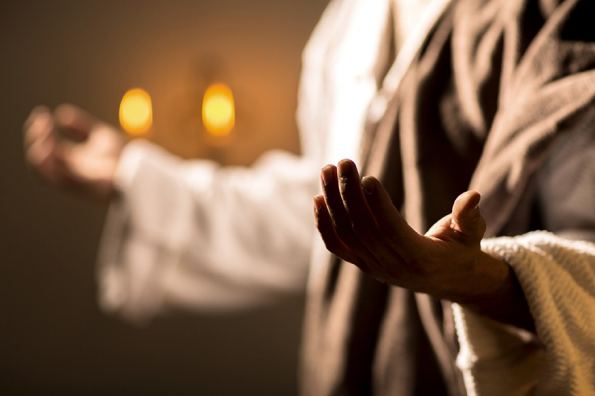 There are three things we need to understand to gain an answer regarding how Jesus appears to us.

So, while we may be curious about pictures and photographs of what God and Jesus look like, the truth is God and Jesus will appear different to each individual. That’s why God is recognized differently and appears differently across the denominations of Christianity.

In fact, there’s no “wrong” way to portray Jesus because He can appear however you imagine Him.

Many nationalities and races prefer to identify Jesus within their race and that’s fine. The reason it’s fine is that we don’t have an exact picture of Jesus so we have nothing to compare an image against to say if an image is right or wrong.

Everyone sees God in their own way and we each can have a different idea of what He looks like.

One way that God does appear to us is as the Sun of Heaven. Light is a visual image of God’s wisdom and warmth is His love. As a result, the sun is a great depiction of God the Father. In nature, this is the closest thing we can find to His divine presence.

If you think about it, many Eastern religions worship the sun as their God because the sun provides us with life just as God does.

God also appears to us through angels. When this happens, God often speaks through the form of an angel. This is how people during the Biblical era were able to see God. He wasn’t the one appearing to them, instead he used angels. Genesis provides many instances of this:

“The Lord appeared to Abraham by the oaks of Mamre, as he sat at the entrance of his tent in the heat of the day. He looked up and saw three men standing near him. When he saw them, he ran from the tent entrance to meet them, and bowed down to the ground. He said, ‘My lord, if I find favor with you, do not pass by your servant. Let a little water be brought, and wash your feet, and rest yourselves under the tree. Let me bring a little bread, that you may refresh yourselves, and after that, you may pass on—since you have come to your servant.’ So they said, ‘Do as you have said.’” – Genesis 18

God Himself did not appear to Abraham, rather Abraham saw an angel. You’ll find this same type of appearance highlighted many times throughout the scripture.

So God created man in his own image, in the image of God he created him; male and female he created them.

Then I turned to see the voice that was speaking to me, and on turning I saw seven golden lampstands, and in the midst of the lampstands one like a son of man, clothed with a long robe and with a golden sash around his chest. The hairs of his head were white, like white wool, like snow. His eyes were like a flame of fire, his feet were like burnished bronze, refined in a furnace, and his voice was like the roar of many waters.

Charm is deceitful, and beauty is vain, but a woman who fears the Lord is to be praised.

I praise you, for I am fearfully and wonderfully made. Wonderful are your works; my soul knows it very well.

Then I saw heaven opened, and behold, a white horse! The one sitting on it is called Faithful and True, and in righteousness, he judges and makes war. His eyes are like a flame of fire, and on his head are many diadems, and he has a name written that no one knows but himself. He is clothed in a robe dipped in blood, and the name by which he is called is The Word of God. And the armies of heaven, arrayed in fine linen, white and pure, were following him on white horses. From his mouth comes a sharp sword with which to strike down the nations, and he will rule them with a rod of iron. He will tread the winepress of the fury of the wrath of God the Almighty.