How Many Angels Are Named in The Bible? – (Answered) 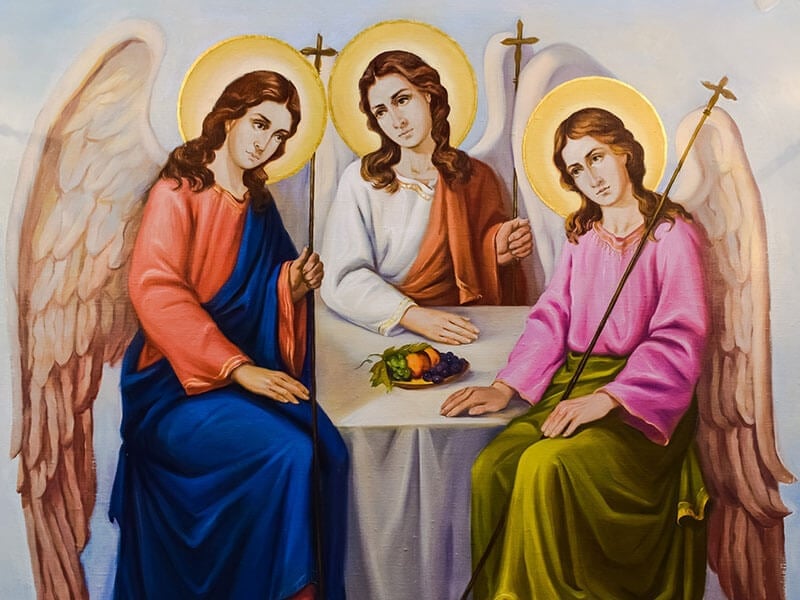 Angels are supernatural beings who are God’s servants. They represent an intermediary between God and man, who can intervene or intercede on behalf of human beings. They dwell in heaven, worshiping God and acting as his warriors.

As humans we have usually depicted angels as humans with extraordinary beauty with their angelic wings, halos on top of their heads, and the divine light they possess. We often take their existence for granted, and we lose count of them even in the bible, except for some rare occurrences and mentions of them, which presents the question, how many angels are named in the bible?

Earliest Angelic Involvements In The Bible

Before we answer the question of how many angels are named in the bible, we shall first examine some of the earliest angelic involvements in the bible. According to Job 38 vs. 4 – 7, there was seemingly a presence of angels in the creation story, as the verse said they shouted for joy as they were referred to as the morning stars.

Although we have somewhat established their presence in the creation story, the bible does not mention them until the days of Abraham. Initially, an Angel of the Lord had found Hagar – Abraham’s wife who had just given birth, but had been sent out by Sarah, another of his Genesis 16 vs. 7. Also, in Genesis 21 vs. 17, another angel ministered unto Hagar and Ishmael after being sent out by Abraham and Sarah. 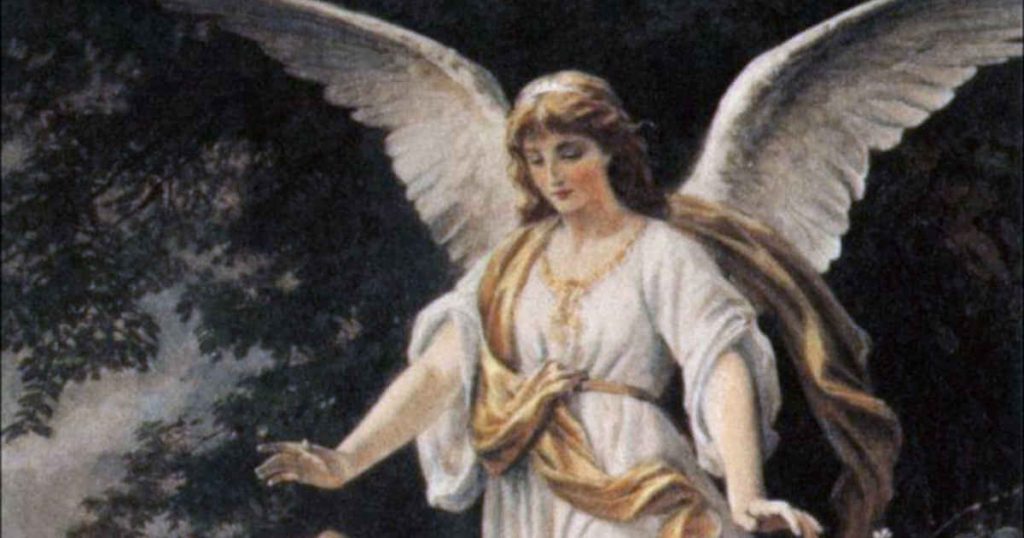 In Genesis 18 vs. 2, three angels also visited Abraham on his way to Sodom, while another two angels also rescued Lot from the destruction of Sodom in Genesi 19 vs. 16. Jacob had many encounters with angels, including his famous dream in Genesis 28 vs. 12, on his journey Genesis 32 vs. 1, and later at the end of his life where he was full of their praises Genesis 48 vs. 16.

Unnamed was the Passover angel who carried out the killings of the firstborn child and animals in Exodus 12, same for the angels present at the giving of the law Deuteronomy 33 vs. 2. The Angel God sent to Balaam to warn him of his wrongdoings in Numbers 22 vs. 30 – 31, and for the rebuke of Israel concerning their idolatry in Judges 2 vs. 1 – 4 were also not named.

An angel also carried out the task of cursing the enemies of the Lord in Judges 5 vs. 23, when God judged Israel for David’s sin 2nd Samuel 24 vs. 16 – 17. An angel also brought food and drinks to Elijah to give him strength 1se Kings 19 vs. 5 – 7, in the killing of the Assyrians as said in 2nd Kings 19 vs. 35. During the time of Daniel, an angel saved the life of his friends from the fiery furnace Daniel 3 vs. 25 and helped to preserve his own life when he was thrown into the lion’s den Daniel 6 vs. 22.

Despite all of their early involvements and presence in the bible, there was no name attached to them, nor were these angels called by any particular name. This further leaves unanswered the question of “how many angels are named in the bible”?

Named Angels In The Bible

From the beginning of the bible in Genesis to its end in Revelations, Angels are mentioned and referenced in various ways about 300 times in count.

There are, however, four angels that were named in the Bible, and in the following points, we will attempt to answer the question of how many angels are named in the bible.

Appearing in four passages of the scripture, he had a new message with each appearance. He appeared twice to Daniel, then to Zechariah – who would be the father of John the baptist, and lastly to Mary, the mother of Jesus.

From these passages, we learn that Gabriel, as an angel, appears in human form, but his looks cause fear amongst those that have seen him. He has admitted to standing in God’s presence, on whose order he has been sent to Daniel, Zechariah, and Mary. He comes in flight and can make a man mute, demonstrating his supernatural powers. 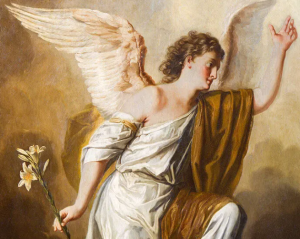 Jude 1 vs. 19 describes him as the angel that engages in heavenly warfare – an archangel, and he also appears in four passages of the scripture. He has been the one who protects the people of God and has been called the “chief prince.”

He was spoken of by another angel who is not named, when he was delayed in his attempt to visit Daniel but was detained or delayed by the King of Persia Daniel 10 vs. 13.

Also, in Chapter 12 of the same Book, this unnamed angel who had been delayed on his visit to Daniel by the Prince of Persia referenced Michael the chief prince, once again when he described the future to Daniel. Daniel 12 vs. 1. 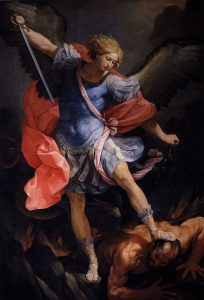 As we all know, this angel, Satan, is a fallen angel who was cut down for his rebellion against his creator – God. Isaiah 14 vs. 12. Before his expulsion from heaven, he was known to be beautiful, wise, and the cherub assigned to be a guardian in the garden of Eden.

He was the seal of perfection, full of wisdom and perfect in beauty in the garden of God – Eden. His settings and mountings were made of God, and he was ordained as a guardian Cherub, assigned on the holy mount of God. He was blameless in all his ways since his creation, until wickedness was found in him. Reveled in the pride of his beauty so much he corrupted his wisdom with his splendor; hence he was banished into earth Ezekiel 28 vs. 12 – 19.

While on Earth, he was given a temporary free reign as the prince of power in control of air, at work in the disobedient sons John 16 vs. 11. He controlled the world as its god, so much that he attempted to tempt Jesus with it Mathew 4 vs. 9, while also leading the world astray as he paraded as the angel of light Revelations 12 vs. 9.

His reign would be short, for he has been judged in John 16 vs. 11, and upon the return of Christ, he would be thrown into eternal fire Revelations 20 vs. 10. 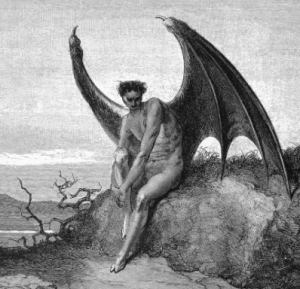 He is only mentioned once, and looks to be spoken of like a fallen angel as he is the ruler over the bottomless pit – The Abyss. He is an instrument of Judgement wielded by God in the end times, so we can’t properly say where his allegiance lies. Revelations 9 vs 1 – 3, 11.

What Are The 7 Types Of Angels In The Bible?

There are four types of angels in the Bible: The Seraphim, The Cherubim, The Archangels, and The Fallen angels – Satan and Demons. However, there are seven types of archangels, some of whom are not named in the Bible; Michael, Raphael, Gabriel, Uriel, Saraqael, Raguel, and Remiel. It is essential to know that some of them are not mentioned in the Bible when attempting to answer the question about how many angels are named in the Bible.

Who Is The Most Powerful Angel?

All angels are mighty; however, they have a rank and order. Angel Michael is the foremost both in terms of power and authority Jude 9, Revelations 12 vs. 7. The archangel Michael because of his preeminence, and being referred to as the great prince who stood on behalf of the sons of God’s people.

How Many Angels Are In The Bible?

There are many angels in the Bible, many as some were named and some otherwise. If we aim to get a figure, we can say 12 legions at the very least when Jesus said an amount available to him (72,000). After Satan rebelled against him and was cast down to earth, about two-thirds of them stayed, so about 108,000, but there are and can be more of them regardless.

Since the beginning of the world itself in Genesis, angels have been mentioned in the Bible. They were part of the creation process and acted as the messenger of God, also executing different categories of duties. Some were cast down and rightly called fallen angels. However, to answer the questions about how many angels were named in the Bible, we can say four for certain, as we have duly named them and their occurrence in the Bible as above.