God Gives His Toughest Battles to His Strongest Soldiers

God Gives His Toughest Battles to His Strongest Soldiers

Whenever we go through our ups and downs in life, just like a baby looking up at his father’s face, we all look up in our mind and ask God, why me? Why do I have to go through all of this? I understand that I’m a strong soldier of yours, but what about if I just want to help pick berries, and not be a warrior? Is there any other job I could do?

What Is A Battle?

To best suit this context, we can define a battle as the tenacious struggle to resist or achieve something that is on the way to acquiring that which one desires. In Ephesians 6 vs. 2, we are already given the heads-up that as humans, we do not fight battles against mere mortals, and that we might say we could overcome them with our human and carnal might.

With the full knowledge of this, how can I fully acknowledge that God gives his toughest battles to his strongest soldiers? How do I get ready for such a battle? Or does that mean that all I am passing through, he is fully aware of what I am going through? Yes, he is aware, and yes, it is all his doing – all for higher glory.

How Do I Prepare For A Battle?

Battles are not just a recent occurrence; God’s own people have been involved in battles since the beginning of earth itself. We can take a look at some of his strongest comrades who faced very tough battles that would faze anyone who is not deep-rooted in the word of God. For example, take a look at Abraham, a man who finally had a son after many barren years, and God asked him to sacrifice the only son to him? We all know what ended the story, but we can read up in Genesis 22 vs. 1 – 19.

There are many more examples of how God gives his toughest battles to his strongest soldiers – Paul, Daniel, Job, and many more in the bible, which we can learn a thing or two from. We will still examine their individual lives, the battles they faced, and how they overcame them later on. But before we forge ahead in this study, let’s first and foremost take a look at how we can prepare ourselves for a battle when the time comes to face one.

The Armor Of God 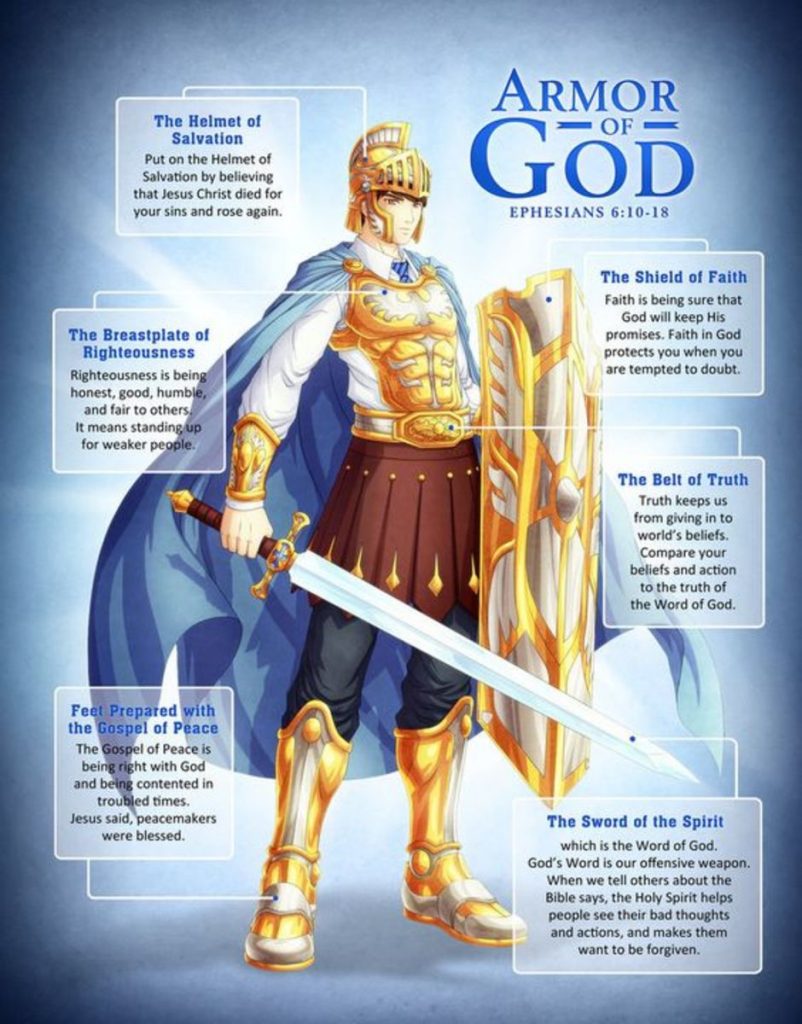 God has already forewarned us that we would have troubles in life (John 16 vs. 33), but we shouldn’t fret as he has conquered the world. Moreover, he wouldn’t place before you a task he hasn’t equipped you to overcome; we just need to look deeper. When you are a strong soldier of his, that means he is in you – all believers, and he that is in you is stronger than whoever or whatsoever you are about to face (1st John 4 vs. 4). Here is the one thing you need when heading into a battle.

Before a warrior gets into the battle, they go through some pre-battle routines, including wearing armor to protect them from external attacks, as well as to give them an added advantage at the war-front. But as Christians and soldiers of Christ, ordinary armor isn’t enough. What we need is the armor of God. What is this armor of God though?

A battle against the devil and his agents isn’t a child’s play, many have faced him and lost, and many saints have faced him and won. When God gives his toughest battles to his strongest soldiers, the key to coming out on top is to be rooted. When we say rooted, we mean rooted in his words, and able to resist the devil with the full armor of God, as stated in Ephesians 6 vs. 10 – 18.

Heroes In The Bible And Their Battles

Let’s look at some examples of how God gives his toughest battles to his strongest soldiers in the bible and how they conquered the challenge and the glory after they won the battle in the bible.

Job was a blessed man living peacefully with his family, he was living his life without blame, and his life was upright in the sight of the lord, until one day when God permitted Satan to test Job without touching his life just to see if he would curse God like Satan had said he would (Job 2 vs. 1 – 11). Really? Was he living peacefully only for Satan to come and test him?

Imagine going from having it all and living happily to having nothing – in one day. He lost all of his livestock, his children, and his servants. Too many unfortunate events for a day! In his mourning he had sores all over his body, and his friends and wife came to mock him, but never once did Job speak ill nor curse God. All he did was persist in pursuing wisdom by fearing God and diligently avoiding evil.

Amid his battles, which was is proof of what God said in Mathew 28 vs. 20, he appeared and spoke to Job, and Jobs answers delighted God so much he restored his health, gave him twice back his lost wealth, new children, and satisfied him with a long life, all because he remained steadfast in his belief of God. 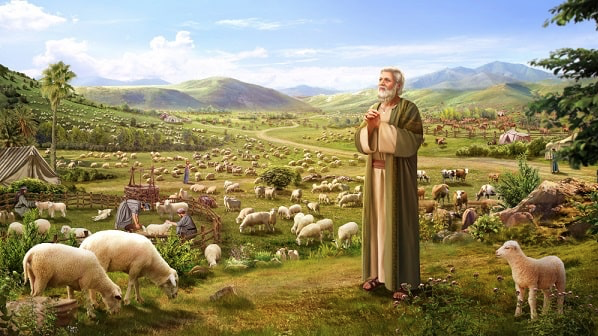 King Nebuchadnezzar built an image and asked everybody to kneel and worship his image. This was against the Lord’s commandment, and three Hebrew men – Shadrach, Meshach, and Abednego, refused to bow and worship this image.

This king threatened to throw them into a fiery furnace if they didn’t do his bidding, and yet they remained adamant despite the pleas of people to reconsider, as they saw the fire from the furnace bellowing into their faces. They stood firm and said they knew God was able to deliver them. Imagine such faith.

God was indeed aware of their plight, and I’m sure he was nearby. As these men were being pushed near the furnace, their abductors got burnt by the heat from the furnace and ultimately lost their lives. Would they reconsider after this? No, they didn’t, and thus were thrown into the furnace. Without regarding their own lives, they never turned on their faith, they were thrown into the fire, and the son of God was in it waiting for them. (Daniel 3 vs. 25)

Astonishingly, they came out from the flames unhurt, and all of them were hale and hearty. If it was in our time, I am pretty sure as soon as some of us see the smoke and fire rise, we would renounce God and our faith in an instant. Are our lives too precious for us to give to the giver of life? This trial and battle of theirs were that which God used to win over the soul of Nebuchadnezzar and that of his subjects over to the light. (Daniel 3 vs. 28) 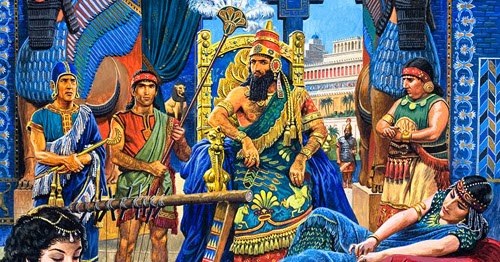 Why Does God Give The Hardest Battles?

It’s a way of His to prepare us for something bigger and greater along the way. It is to strengthen and toughen us up while equipping us with the right experience as we are going forward. As we all know, there is a stronger test for every stage and growth, so we need to be prepared.

Does God Give Us Challenges?

Yes, it can be either to check where we are still lacking and may improve, and many more. It is to positively shape and change us, while also bringing out the best in us. It is also meant to teach us to protect ourselves from harm and the devil’s tricks. And while it’s a test of faith, it is also an attempt to reconfigure and place our feet on the right path, lest we backslide.

Who Said God Gives His Toughest Battles To His Strongest Soldiers?

If you take a long and deep look into the bible, there is no place where it was mentioned that God gives his toughest battles to his strongest soldiers. However, as Christians, we will have battles, and even though he has promised to be with us in them all, we shouldn’t compare our battles to others. As we are all strong and can do all things through he that strengthen us, we are all strong soldiers.

When God gives his toughest battles to his strongest soldiers, it’s not in any way to intimidate them. It is all meant to glorify his name and provide a bigger opportunity in the work of salvation. All we need is to do our part and trust God to do his part – he has promised never to leave us alone (Isaiah 4 vs. 31).

Beyond every struggle, we should all lean and maintain focus on God, and if we fall, we should always fall back on his word (Psalm 119 vs. 105). We should not be fazed but maintain the faith that God is aware and in control.

All we need to do is be steadfast and stay steadfast in his word to make us unshakable, and not to panic but to look up to him (Psalm 121 vs. 1 – 2). If you ever need the assurance, His promises are there to make the pains we might encounter in the battle worth it (Mathew 24 vs. 35).