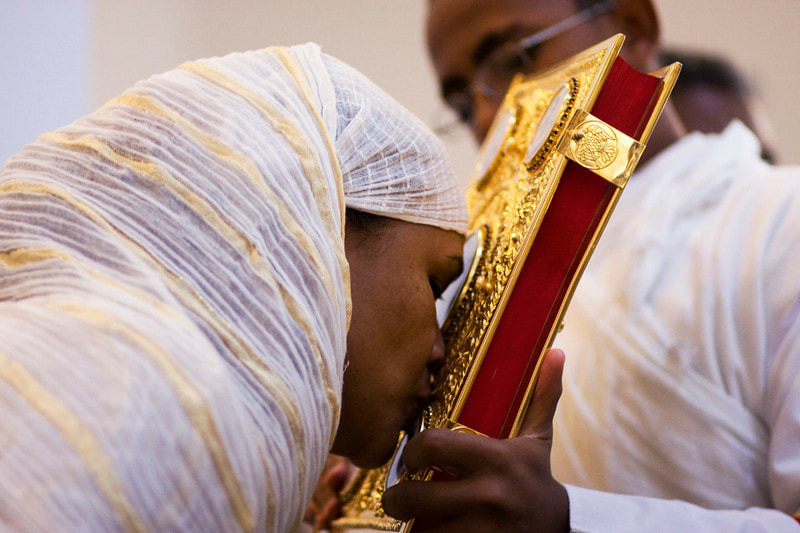 Ethiopia is a country in Africa situated at the horn of the continent. With archeological findings of more than 3 million years ago, it is a place of ancient culture. Blessed with important sites such as the ones in Lalibela – The rock-cut Christian churches of the 12th – 13th century, to the ruins of an ancient city filled with obelisks, tombs, castles, and the Our Lady Mary of Zion Church in Aksum, the land is indeed blessed with a Christian heritage.

One of Ethiopia’s foremost and important mentions in the bible was when a certain Eunuch from the country encountered Phillip. What came of the encounter? Keep reading to find out.

His encounter with Phillip

The evangelist Phillip was led to the road from Jerusalem to Gaza, where he met the Eunuch who was going back home from Jerusalem where he had been to worship. The eunuch was visibly reading his bible, and Phillip asked if he understood what she was reading, to which he replied, “how can I understand if I have no teacher to teach me?”. Phillip taught and explained to him, preached to him the gospel, after which the Ethiopian asked to be baptized, and Phillip did for him according to his wish (Acts 8 vs. 27 – 39).

Significance of this encounter

After which he was baptized, and Phillip was taken away by the holy spirit (Acts 8 vs. 39), this man returned to Ethiopia with joy in his heart to tell his people about the gospel of Christ – about God, the appearance and death of his son Jesus, and its significance. This act endeared and gave significance to this man as one of the most outstanding converts in the book of Acts. 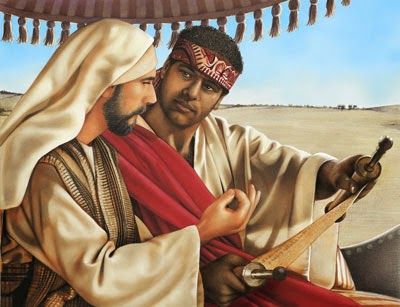 The Ethiopian prophecy, which is another mention of Ethiopia in the bible as it is majorly called, is contained in Psalm 68 vs. 31, which says, “ Princes shall come out of Egypt; Ethiopia shall soon stretch forth her hands unto God.”

What does this mean?

Since centuries ago, this verse has served people of African descent in the Americas as a pivotal and seminal text.

Initially, this statement was likened to an exact reenactment of the slavery story of the Hebrews in Egypt. It thus was widely and majorly used as a background text when people struggled in their fight for freedom. However, its use didn’t just stop as a foreword in freedom fighting, as it was also used as motivation for missionary work in Africa, a core for inspiration on the movements for civil rights, and was used as a call for the use and inclusion of a separate black identity during the twentieth century.

Asides from being a name of a country, another mention of Ethiopia in the Bible has been linked to the skin color of people from this region, and such examples lie in Numbers 12 vs. 1, “And Miriam and Aaron spoke against Moses because of the Ethiopian woman whom he had married.”

Miriam and Aaron were speaking against Moses because of the Ethiopian woman he had just married. God is not a respecter of persons, and because of their apparent distaste for a woman of color, He brought judgment into their lives.

God is the God of all flesh – red, yellow, blue, or black, he made them all after his own image, and it is much of a surprise that racism has been around for that long. And even as Christians, some within us haven’t been able to fully address this issue – we get uncomfortable when we see a person of color near us.

In the light of the above, another mention of Ethiopia in the Bible also shows us the apparent folly of racism when Jesus was trying to show us that we are neglecting the whole idea behind him being the God of all flesh.

Jeremiah 13:23 says, “Can the Ethiopian change his skin, or the leopard his spots? then may ye also do good, that are accustomed to do evil.” Our skin is a gift from God, and we have no power over it – we can’t affect it, nor should we alter it. When we are, we might be trying to insinuate that God was imperfect in his creation – After all, all he created was beautiful in his sight. So, why should we hate the color of our skin, or try to alter it?

God is not colorblind. He created us all in his own image and loves us all equally, regardless of the skin color covering our body – so we should endeavor to love our neighbor as ourselves. 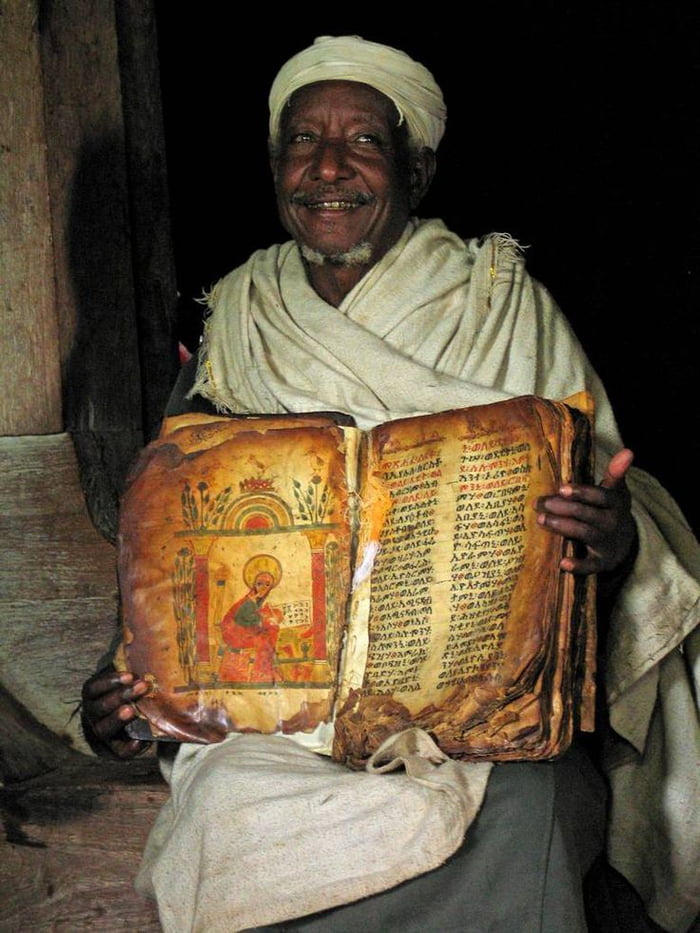 The Return Of His People

In Zephaniah 3 vs. 10, a mention of Ethiopia in the bible occurred in this verse, saying, “From beyond the rivers of Ethiopia my supplicants, even the daughter of my dispersed, shall bring mine offering.” What does this statement mean, and what is its significance?

Do you remember when the Babylonians with a unified language made an attempt to build a tower that would reach into the heavens to show how far they have come as a people with the architectural masterpiece of their nation? Sure, you do.

To dissuade them and come between them and their goal, God came into play by causing them to speak completely different languages, and as they were no longer in unity, they all scattered over the surface of the earth.

The book of Zephaniah is prophetic in nature, and it goes to tell us about things that the Lord would do in the nearest future, and this verse is not any different from the general theme of this book of the bible.

For God to bring back all his people who have spread as mentioned to the land of Ethiopia in the bible, God would have to revert their language to the original – when it was unified so that in one accord, they will call and sing praises of his holy name.

In light of the above, there is also an additional meaning to this verse. Even though the jews have spread as far as cush – Hebrew for Ethiopia in the bible, they will all return to Jerusalem to make offerings at the temple. The idea of this universal pilgrimage of the Jews has earlier been prophesied in the verse about the Ethiopian prophecy, as mentioned in Psalm 68 vs. 31. 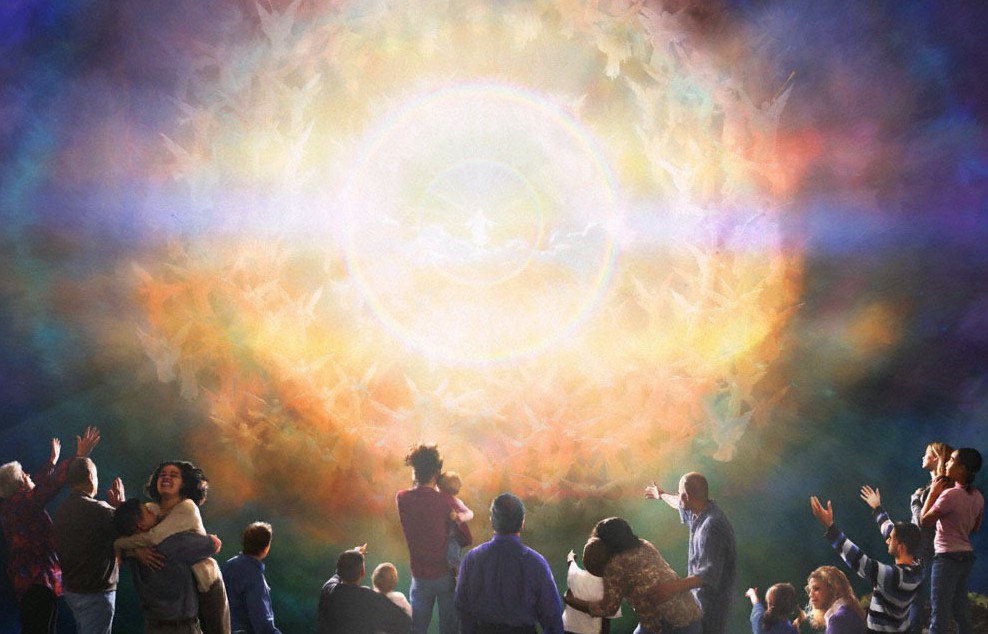 Army Of The Antichrist

A not so favorable or likeable verse about Ethiopia in the Bible is that which we can find in Ezekiel 38 vs. 5, which says, “ Persia, Ethiopia, and Libya with them; all of them with shield and helmet.” Doesn’t this sound like the appearance of warriors preparing or already ready for war?. Let’s find out together.

To the jews of the days of the prophet who prophesied this – Ezekiel, the nations mentioned in this verse would refer to the regions of the world most distant to them, in other words, the four corners of the world.

These nations are led by a certain man called Gog who lives in the northern part called – Magog. He will eventually lead an attack on Israel, applying the help of other countries. However, because God is in play and according to history, the attackers against Israel as led by Gog are doomed, not the people of Israel themselves.

With their combined efforts, they will launch a concentrated attack on the people of God who have settled back in their home, as we have mentioned in “the return of his people” above. This verse serves as a warning from God to the assailants of his people that he will come into play and annihilate them in one final act of judgment.

After Gog might have carefully laid out and masterminded his war plans with its mode of attack on the people of Israel without his knowledge of the God factor, who has been in control and has been lying in wait for him, God will deal with him with the forces of nature – floods, earthquakes, fire, disease, and bloodshed. He will wipe out Gog and his forces of the army.

Significance: Prophesied as the invader of Israel and as the evil forces who will oppose the people of God, Gog will later assume an important role in the apocalyptic process. As identified above, he will call upon a great coalition of other nations to attack God’s people – Israel.

However, with his plan to intervene in the war, God will demonstrate his holiness and love for his people while restoring the good relationship he has with them.

Furthermore, in addition to his plan above, it was revealed to John as written in Revelations 20 vs. 7 – 10. Gog and Magog are also said to join forces with Satan in the great struggle at the end of time. They will both be deceived by Satan, who had just been released after being bound and chained for 1000 years to attack the people of God – Israel, in the city God loves – Jerusalem.

And just as prophesied in Ezekiel 38 vs. 5 above, God will send from heaven fire upon them to destroy them all, and he will preside over the last judgment. 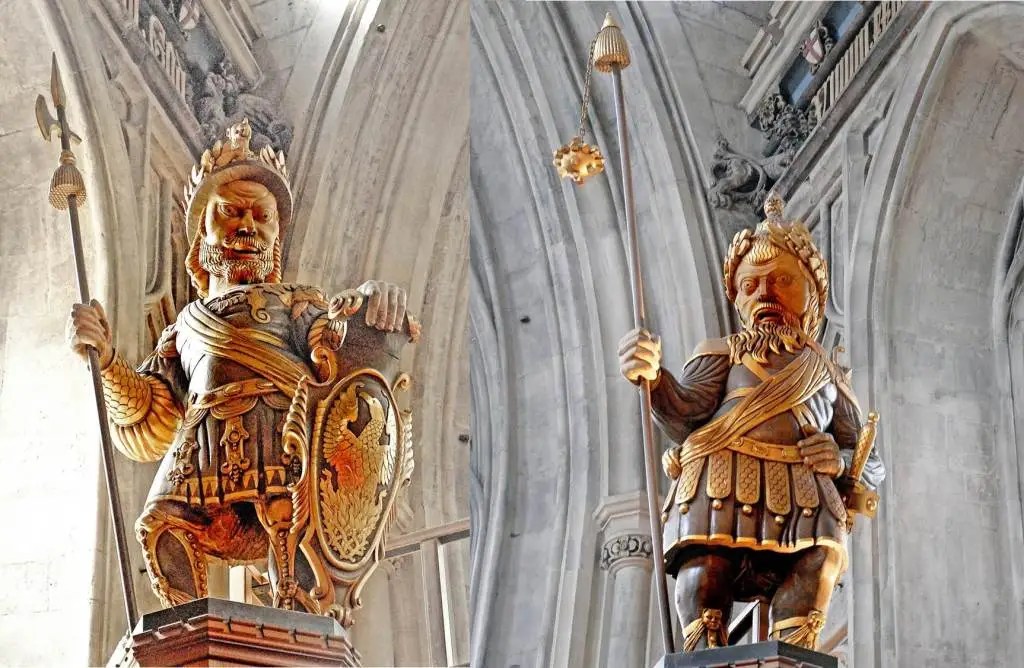 What was Ethiopia called in the Bible?

Is Ethiopia the garden of Eden?

Long ago in the middle ages, people were of the thought that the garden of Eden was a place on earth, and they showed on the early maps of the world the supposed location of where they thought the paradise would be on earth.

The inaccuracy of their reading and the fault in their observation was glaring when people explored earth. They later thought the location of the garden of Eden was in Ethiopia – because Ethiopia is where the river Nile takes its source, with another text about Gihon – which surrounds the land of Cush or Ethiopia in the bible.

However, there is no substantial evidence to prove beyond reasonable doubts that Ethiopia was indeed the location of Eden on earth.

How did the bible get to Ethiopia?

According to the tradition recorded by the Ethiopians, in the first century, the Aksum empire first came in contact with Christianity. It was when a missionary named Frumentius – who spoke Greek, converted their King Ezana, although this story is still under scrutiny.

However, with the latest discovery by archeologists in sub-Saharan Africa – the early church, shows the surprisingly early conversion of this kingdom to Christianity. Due to its proximity to Rome, it can be said to be one of the earliest African countries to come in contact with Christianity.

Christianity, and of course the Bible, got to Ethiopia through the use of the long-distance trading networks provided by the Mediterranean via the red sea.

Ethiopia was mentioned a lot of times in the Bible and was commonly referred to as “cush” in the Hebrew bible. It was mentioned a lot of times, and it was synonymous with the struggles of people of color, royalty, and that it might have a minor role to play in the war – against the city of God, and most importantly, between good and evil for the world at the end of time.