15 But God – Bible Verses to Show the Supremacy of God 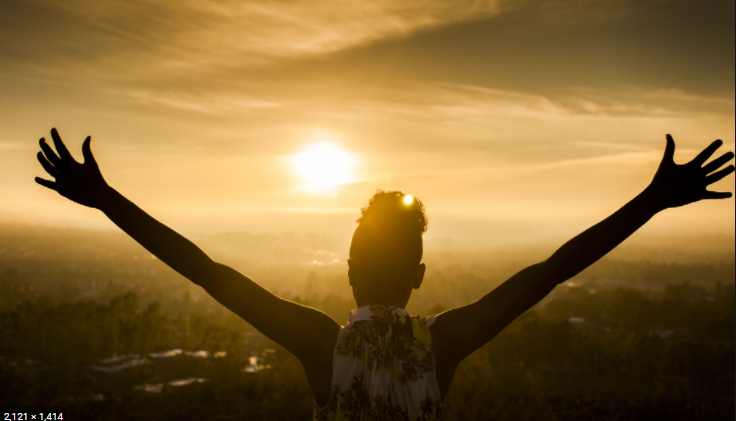 There were different occasions in the Bible where God came through for the Israelites when they were on the verge of being conquered. All of the breakthrough stories in the scriptures are testaments to the fact that God always looks out for his own, even when it looks like he is staying silent.

Behold, I am with you and will keep you wherever you go and will bring you back to this land. For I will not leave you until I have done what I have promised you.”

In this article, we will be looking at some But God moments when things turned around for people at a sensitive period of their lives. This goes on to confirm that God’s eyes are on everyone, no matter our number.

What does a But God moment mean?

A but God moment is the period when God steps in and takes over our affairs. In the scriptures, there are several instances where God took over and prevented people from having unpleasant endings.

The but God moment can also be called that special timing when the Grace of God is at play. It is the moment that everyone hopes for when God decides to handle everything for you while you watch in the background.

Also, the but God moments do not mean that we would not experience bad times. However, it does mean that we will pass through them with God on our side.

I have said these things to you, that in me you may have peace. In the world, you will have tribulation. But take heart; I have overcome the world.” 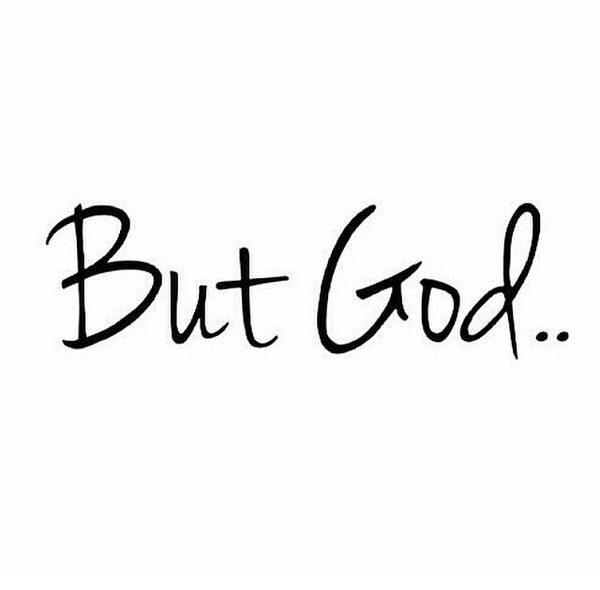 15 But God Moments in the Bible

There are many but God verses in the Bible that came with peculiar events. We’ll highlight some of them shortly.

Then Israel said to Joseph, “Behold, I am about to die, but God will be with you and will bring you again to the land of your fathers.

2. When David was trying to escape from Saul

And David remained in the strongholds in the wilderness, in the hill country of the wilderness of Ziph. And Saul sought him every day, but God did not give him into his hand.

3. On trials and temptations

There hath no temptation taken you but such as is common to man: but God is faithful, who will not suffer you to be tempted above that ye are able; but will with the temptation also make a way to escape, that ye may be able to bear it.

4. When the flood was raging on the Earth

But God remembered Noah and all the beasts and all the livestock that were with him in the ark. And God made a wind blow over the Earth, and the waters subsided.

5. The superior wisdom of God

6. The richness of God’s mercy

But God, being rich in mercy, because of the great love with which he loved us, even when we were dead in our trespasses, made us alive together with Christ.

By grace, you have been saved— and raised us up with him and seated us with him in the heavenly places in Christ Jesus. So that in the coming ages, he might show the immeasurable riches of his grace in kindness toward us in Christ Jesus.

7. The uncompromising nature of God

But God’s firm foundation stands, bearing this seal: “The Lord knows those who are his,” and, “Let everyone who names the name of the Lord depart from iniquity.”

8. The loving nature of God

9. Everything is possible with God

When the disciples heard this, they were greatly astonished, saying, “Who then can be saved?” But Jesus looked at them and said, “With man, this is impossible, but with God, all things are possible.”

10. When Abraham was about to put Hagar and Ishmael away

From there, Abraham journeyed toward the territory of the Negeb and lived between Kadesh and Shur; and he sojourned in Gerar. And Abraham said of Sarah, his wife, “She is my sister.”

And Abimelech, king of Gerar, sent and took Sarah. But God came to Abimelech in a dream by night and said to him, “Behold, you are a dead man because of the woman whom you have taken, for she is a man’s wife.”

12. When Epaphroditus was sick to the point of death

I have thought it necessary to send to you Epaphroditus, my brother and fellow worker and fellow soldier, and your messenger and minister to my need.

For he has been longing for you all and has been distressed because you heard that he was ill. Indeed he was ill, near to death. But God had mercy on him, and not only on him but on me also, lest I should have sorrow upon sorrow.

13. When God warned Laban about his dealings with Jacob

When it was told Laban on the third day that Jacob had fled, he took his kinsmen with him and pursued him for seven days and followed close after him into the hill country of Gilead. But God came to Laban the Aramean in a dream by night and said to him, “Be careful not to say anything to Jacob, either good or bad.”

14. When Joseph revealed himself to his brothers

So now it was not you that sent me hither, but God: and he hath made me a father to Pharaoh, and Lord of all his house, and a ruler throughout all the land of Egypt.

15. When God used Moses to rescue the Israelites from Egypt

And it came to pass when Pharaoh had let the people go, that God led them not through the way of the land of the Philistines, although that was near. For God said, Lest peradventure the people repent when they see war and return to Egypt.

But God led the people about, through the way of the wilderness of the Red sea: and the children of Israel went up harnessed out of the land of Egypt.

What is the meaning of But God

There are many places where But God appears in the Bible, and it usually shows that his ways are not our ways. But God is used to signify that we have a heavenly father who does the unthinkable, that which we never saw coming when all hope has been lost.

Many people in the Bible experienced this But God moment at points in their lives when it looked like no help would come for them. It showed that God would always be intentional about the things that matter to us, because we are his children. 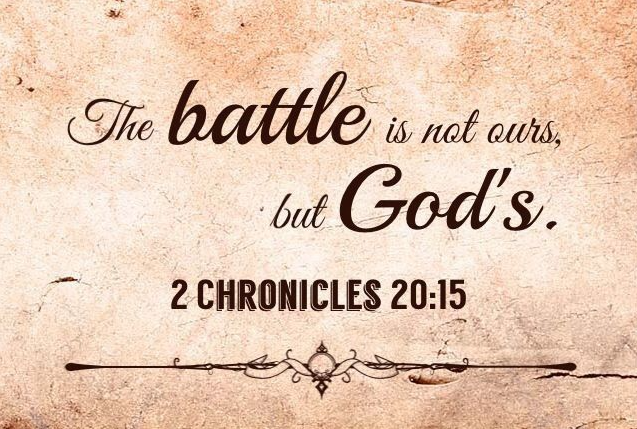 There are many But God verses in the Bible; here are some of them:

But thou, O Lord, art a God full of compassion, and gracious, longsuffering, and plenteous in mercy and truth.

And he said to them, “You yourselves know how unlawful it is for a Jew to associate with or to visit anyone of another nation, but God has shown me that I should not call any person common or unclean.

My flesh and my heart may fail, but God is the strength of my heart and my portion forever.

But God’s firm foundation stands, bearing this seal: “The Lord knows those who are his,” and, “Let everyone who names the name of the Lord depart from iniquity.”

There are many But God examples that we can lay our hands on in the Bible. One of the popular instances was when David was running away from Saul to avoid being killed. According to the scriptures, David hid in different places while Saul searched for him, but God kept David unseen.

And David remained in the strongholds in the wilderness, in the hill country of the wilderness of Ziph. And Saul sought him every day, but God did not give him into his hand.

Another But God example was during the flood. God instructed Noah to build an ark to save himself and others from the flood. After some days, when the water was still on the Earth, God remembered Noah, and he reduced the water volume for dry land to appear over the Earth.

But God remembered Noah and all the beasts and all the livestock that were with him in the ark. And God made a wind blow over the Earth, and the waters subsided.

Christians can use but God quotes for spiritual inspiration and to believe that God will always be there for them. Here are some of these quotes 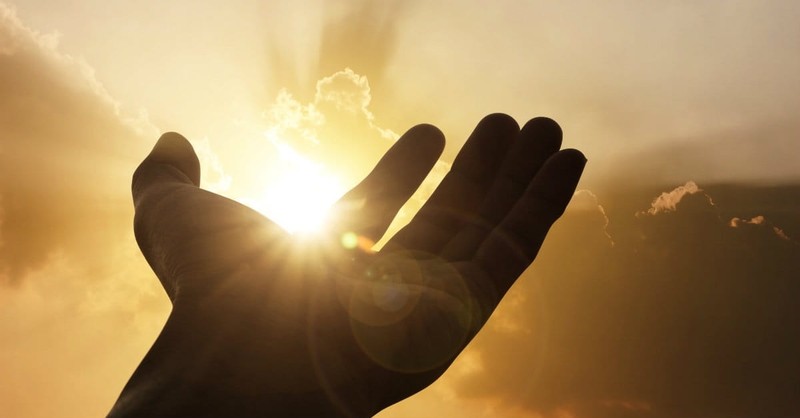 Having read this piece, it doesn’t take too much to reiterate that God sees all that is happening, and he is always in control. No matter the phase you are going through, your but God moment will come. All we need to do is to keep trusting him. God’s timing might not look favorable, but it is always the best moment when he comes through.