13 books written by paul: Here are the books (Listed and explained) 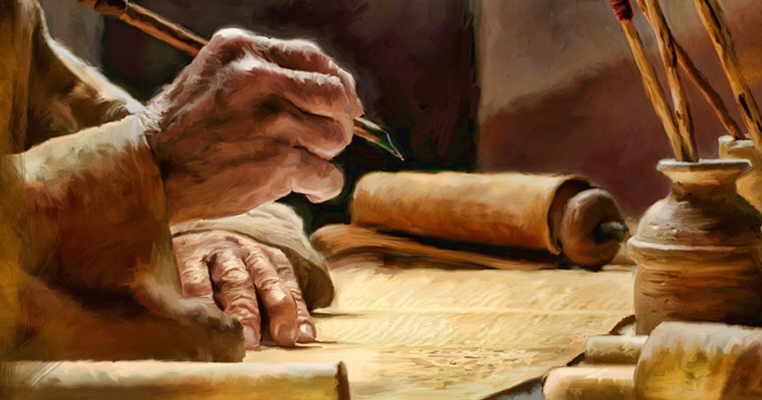 The man we all know as the apostle Paul was not a devout follower of Christ at the beginning. He was previously known as Saul of Taurus, a Jewish Pharisee who spent his time persecuting Christians.

Immediately after his conversion, Paul began preaching about Jesus Christ and traveled extensively, starting churches everywhere he went. When he was away from them, he still carried the responsibility in his heart like a father for his children, and he would communicate to them through letters (1 Corinthians 4:14, 1 Thessalonians 2:11).

13 Books Of The Bible That Paul Wrote 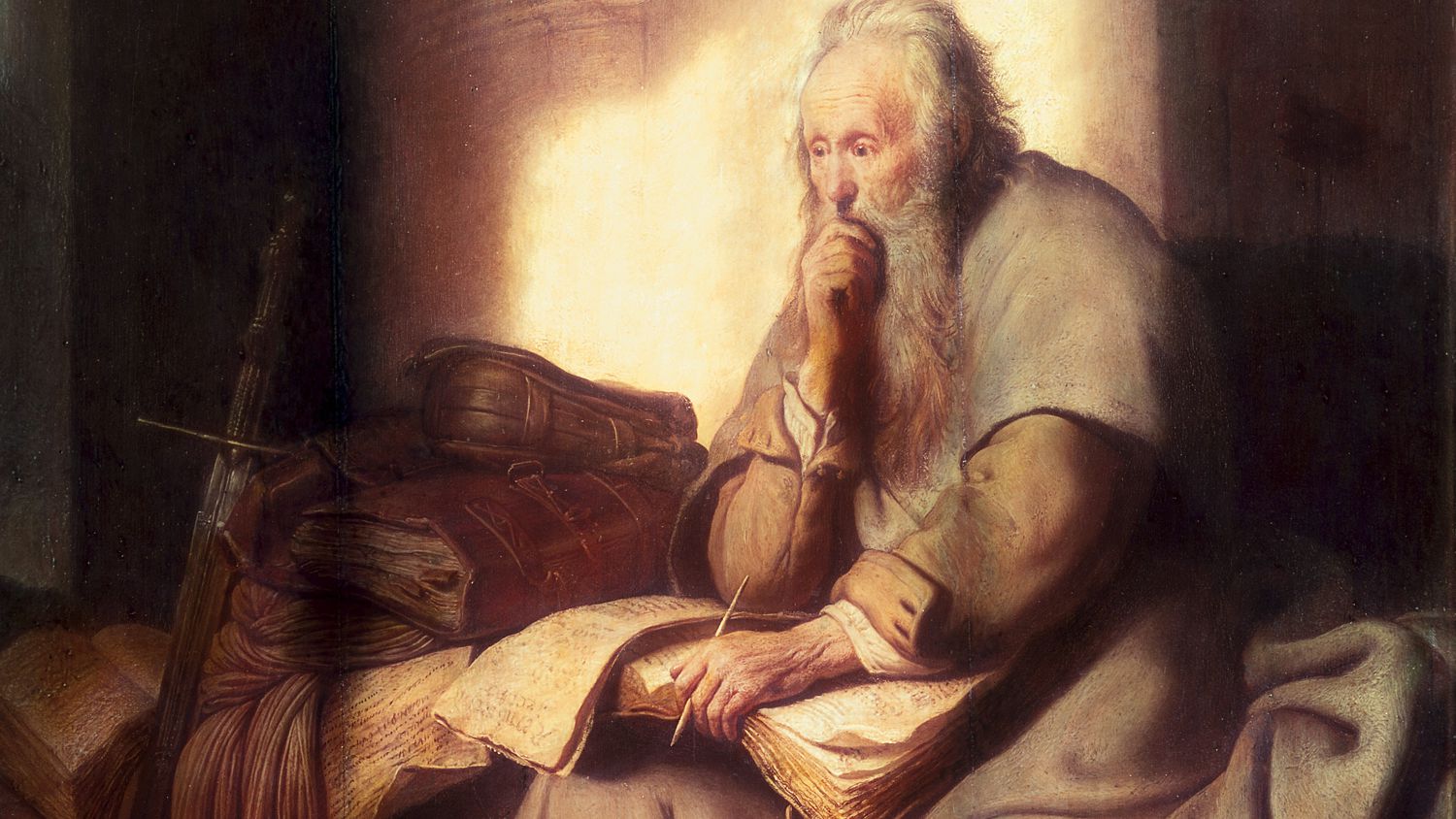 Here’s a list of the thirteen books attributed to Apostle Paul:

Over the years, scholars have also debated whether or not to include Hebrew as part of the Pauline Epistles.

How Are The Paul’s Letters Distinct 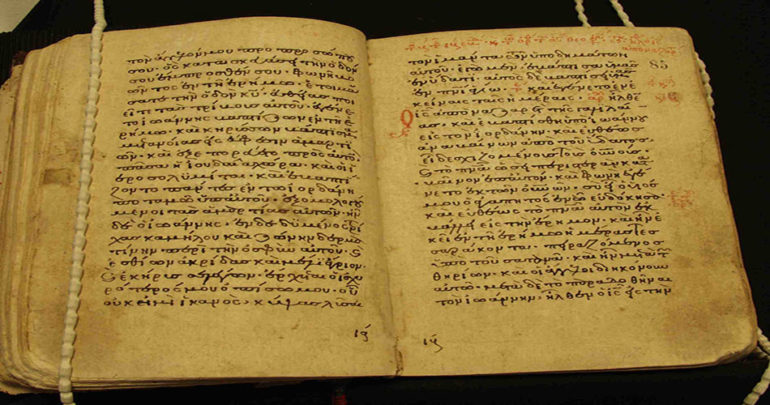 In all the thirteen epistles, the author claims to be Paul. However, there has been some debate concerning the authorship of some of these epistles.

Only seven epistles are accepted as having been entirely written by Apostle Paul himself. The others are thought to have been written by some of his followers using Paul’s name. We will look at each of these letters individually and see how they are distinct from each other.

1. Letter of Paul to the Romans

Romans is the sixth book of the New Testament and it was written by Paul while he was in Corinth about 57 AD.

He was writing to the Christian church in Rome, preparing them for his first visit to the church while on his way to Spain. In this letter, Paul explains his understanding of the Christian faith and how it applies to the lives of the Christians. He also acknowledges the unique religious heritage of the Jewish people but asserts that righteousness comes from God through faith in Jesus Christ.

Romans is the longest and most significant of Apostle Paul’s letters.

2. First and Second letters of Paul to the Corinthians

These letters were both written by the Apostle Paul. He wrote the first letter to the Corinthians about 53-54 AD at Ephesus. The letter deals with some of the problems facing the Christian life and faith that had arisen in the church he had established in Corinth during his first missionary visit.

Paul’s main concerns were the divisions and immorality in the church. He addressed questions about sex, marriages, church order, gifts of the Holy Spirit, and resurrection. In this letter, Paul states that he is admonishing them as beloved children and that they should be imitators of Jesus Christ.

Paul wrote the second letter from Macedonia about 57 AD. In it, he applauds how the Corinthians responded to his first letter. He also defends his apostleship against a few people who had accused him of being a false apostle.

Although there are only two letters of Paul to the Corinthians in the New Testament, evidence from these letters shows that he had written at least four letters, and the church had replied at least once(1 Corinthians 5:9; 2 Corinthians 2:3-4; and 7:8)

3. Letter of Paul to the Galatians

Galatians is the ninth book of the New Testament and was written by Paul at around 47 AD. In this letter, Paul addressed the question that had arisen about whether new converts needed to be circumcised and obey the Mosaic Law to become true Christians.

Paul reaffirms that Jewish law was no longer the only way to righteousness and that the only way to be put right with God was through faith in Jesus Christ. He also defends his right as an apostle of Christ and insists that his calling came from God and not from any human authority. He emphasizes that his mission was especially to the non-Jews.

4. Letter of Paul to the Ephesians

Although this letter is usually attributed to Paul, some scholars think that it is probably a Deutero-Pauline(written in Paul’s name by one of his disciples after his death). This is because a large portion of the letter is almost similar to Colossians and Philemon.

Scholars believe this letter was written by Paul while he was in prison in Rome, about 62 AD. He wrote to the Christian congregation he had established in Philippi.

He wrote the letter at a time when he was facing some opposition from other Christian workers and was concerned about the false teachings in the church at Philippi.

In this letter, Paul thanks the Christians in Philippians for the gift they had sent him during his time of need. He also encourages them to have courage during their times of trouble. He reassures them of the joy and peace found to those who live in union with Jesus Christ.

5. Letter of Paul to the Colossians

There’s been some debate about the writer of this letter. While some scholars believe that Paul wrote it while in prison in Rome around 62 AD, others believe that the developed theology in this letter indicates that it is a deuter-Pauline.

The letter is addressed to the church at Colossae and warns against the false teachers who claimed that to know God and get salvation one must worship some spiritual leaders.

This letter is quite similar to letters to the Philemon, making some scholars believe that the writer had changed the details to meet a different situation.

6. First and Second Letters of Paul to the Thessalonians

Paul probably wrote the first letter to the Thessalonians about 50 AD while he was in Corinth. He had just heard about the opposition that had arisen from the church he had established in Thessalonica.

He writes to encourage and reassure the Christians there. He also answers some of their questions, including the return of Christ.

The authorship of the Second Thessalonians is, however, debatable as it copies the style of the first letter but seems to reflect a later time.

The church in Thessalonica was confused about the Second coming of Christ. The writer wrote to tell them that the time had already arrived. He then corrected this idea by talking of the evil and wickedness that will reach a climax under the leadership of the “Wicked One” who will be opposed to Christ.

7. First and Second Letters of Paul To Timothy

Although attributed to Paul, scholars believe that Paul did not write any of these two letters. These two, along with Titus, are often referred to as Pastoral epistles.

They mainly consist of instructions to younger colleagues about church administration and worship, with advice on how church leaders should behave. Finally, the writer advises Timothy on how to be a good follower of Jesus Christ and the responsibility that he has towards various groups of believers.

8. Letter of Paul to Titus

There has also been some dispute about the authorship of this letter. Considering its similarities to the two letters of Paul to Timothy, scholars believe the three letters to be trito-Pauline(written in Paul’s name a generation after his death).

The letter reminds Titus of the kind character that a church leader should have and advises him on how to teach the various groups in the church.

9. Letter of Paul to Philemon

This letter was probably written by Paul while in a Roman prison around 61 AD(though some sources date it earlier).

Paul wrote this short letter to Philemon, a wealthy Christan of Colossae, on behalf of Onesimus, a runaway slave who had wronged him. In the letter, Paul appeals to Philemon to be reconciled to his slave and to accept him back as a Christian believer.

Paul’s Letters Were Inspired By The Holy Spirit

Although Paul was not one of the original twelve apostles of Jesus Christ, he is one of the most influential figures in the Christian faith.

In all his letters, Paul always credited the Holy Spirit to be the inspiration behind his writing. And as so, the apostles and all believers accepted the letters to be words from God.

These letters had a huge impact on the early churches and continue to impact Christians to this day.